New York - Rebecca Lynn Alsalemi, an American Muslim who is not afraid to speak up her mind and stand up for her beliefs, addresses politics in the U.S. sending a strong message to Hillary Clinton and Donald Trump.Speaking in a video she uploaded on her YouTube channel, her second this week, Rebecca addresses the two candidates who could end up competing for the White House. 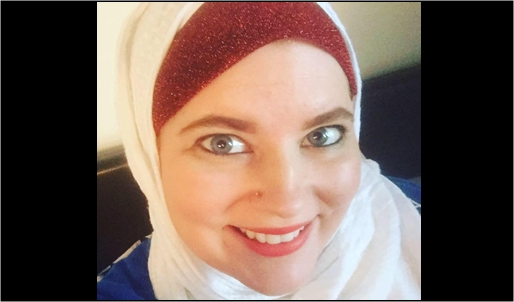 By
Karla Dieseldorff
-
Karla is an award-winning actress and producer.
Nov 23, 2015
Spread the love

New York – Rebecca Lynn Alsalemi, an American Muslim who is not afraid to speak up her mind and stand up for her beliefs, addresses politics in the U.S. sending a strong message to Hillary Clinton and Donald Trump.

Speaking in a video she uploaded on her YouTube channel, her second this week, Rebecca addresses the two candidates who could end up competing for the White House.

Rebecca says that she disagrees with Democrat Hillary Clinton running for President, because she believes a woman coming into power during these difficult times is wrong.

« A woman should not be the one whose hands get dirty. We are mothers, she is a mother, and she would be sending US troops to possibly their deaths. There is a huge political mess to be cleaned up in America and she does not need to come with her mop to clean it up. Let the men who made this mess clean it up themselves, » Rebecca said.

« So for me and my personal beliefs we should also not rule a country. Could [Hillary] do it? Yeah, maybe we need a little love and kindness in this cruel heartless place we call the land of the free, » she added.

On the other hand, Rebecca lashed out at Republican Donald Trump over his recent comments, which she believes « promote segregation, hatred and bigotry. »

« You make me feel ashamed to call myself an American, you’re everything an American should not be, » the courageous Muslim says to Trump in her video.

Condemning racism and bigotry toward Muslims, this young American wrote on her YouTube channel, « I will fight till my last breath for this UMMAH (Islamic community) ».

Rebecca is of Native American descent, born and raised in the U.S. who converted to Islam by her own convictions.

Her videos are garnering thousands of views and supporters.