Rabat - The Swiss region of Tacino on Monday has approved a ban on wearing burqa or full face-veils, becoming the first part of the country to do so. 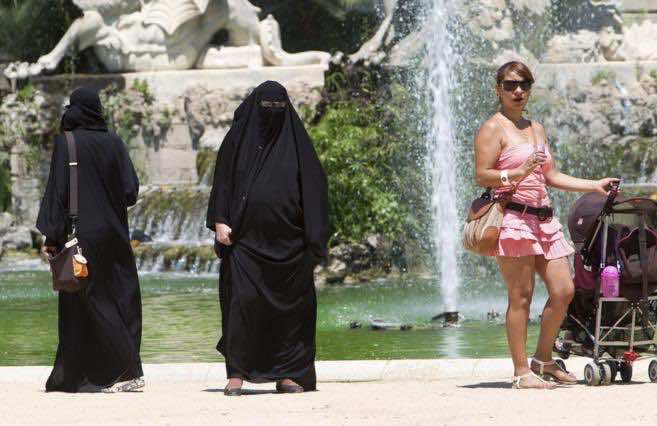 Rabat – The Swiss region of Tacino on Monday has approved a ban on wearing burqa or full face-veils, becoming the first part of the country to do so.

A report by The Local said the region’s parliament decided that wearing burqa in all public places will be an offence punishable by a fine of up to 10,000 francs ($9,813USD).

The new rules went into effect on November 24, after over 65 per cent of voters in the Italian-speaking region of Ticino voted in favor of banning the veil.

ATS news agency reported that the ban was also supposed to be applied to people who cover their faces with, for example, masks and balaclavas during protests.

However, lawmakers restricted the ban only to the Islamic veils to avoid comparing people who wear these garments to masked protesters and hooligans, according to the same source.

No exceptions will be made for tourists, said the agency. But visitors coming into the region will be informed at airports and by customs officers.

The ban on burqa echoes similar law passed by France against concealing one’s face in public spaces in 2010. Under this law, women who get caught wearing a burqa or niqab risk a €150 ($205) fine and can be ordered to take a class on the country’s republican values.