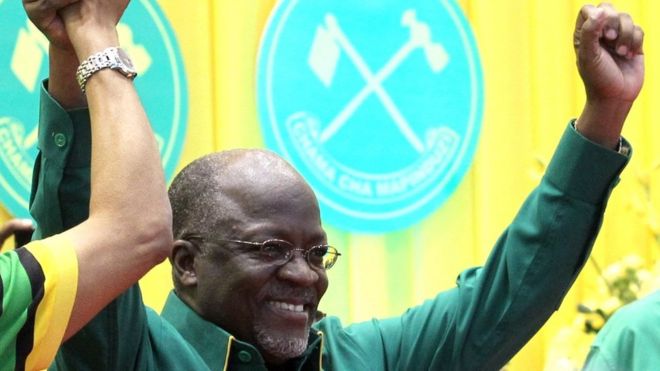 Rabat – Newly elected Tanzanian president John Magufuli has announced that this year’s Independence Day celebrations will be cancelled, saying it would be “shameful” to spend huge sums of money while thousands of people are dying of cholera, according to the BBC.

This will be the first time in 54 years the country will not be holding celebrations since it gained independence from the United Kingdom on December 9, 1961. The holiday is usually commemorated with a presidential address, a military parade and musical performances.

The amount of money that will be saved is undisclosed at this time, but Magufuli’s spokesperson Gerson Msigwa said it will be spent on hospitals and to fight against cholera, BBC reported.

Earlier this month, Magufuli was sworn into office, winning 58 percent of the vote. His party, Chama Cha Mapinduzi (CCM) has governed the country since the end of colonial rule. Nicknamed the “Bulldozer,” Magufuli ran on an anti-corruption platform and swore to “improve the people’s welfare.”

In Tanzania, there has been a large-scale outbreak of cholera. In September, the World Health Organization increased emergency response support to the Ministry of Health and Social Welfare, but more resources are needed to contain the spread of the disease.  According to BBC, cholera has killed 60 people in the past three months.