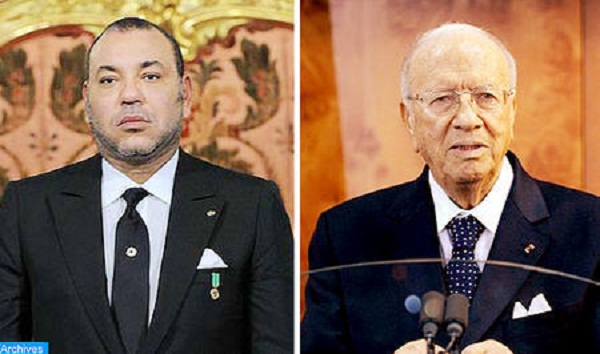 During this phone call, the King reiterated to the Tunisian president His condemnation of this criminal act which aims to undermine the security and stability of Tunisia, assuring him of Morocco’s continued support to fight this abject terrorism, the King’s Office underlined in a statement.

The Sovereign also expressed Morocco’s absolute solidarity with Tunisia and the kingdom’s support to this country to continue and consolidate its democratic and development process in unity, security and stability, the statement added.

The King reiterated to the Tunisian President and, through him, the brotherly Tunisian people and the bereaved families, his condolences over the victims of this cowardly terrorist act, and his prayers for a speedy recovery to the injure