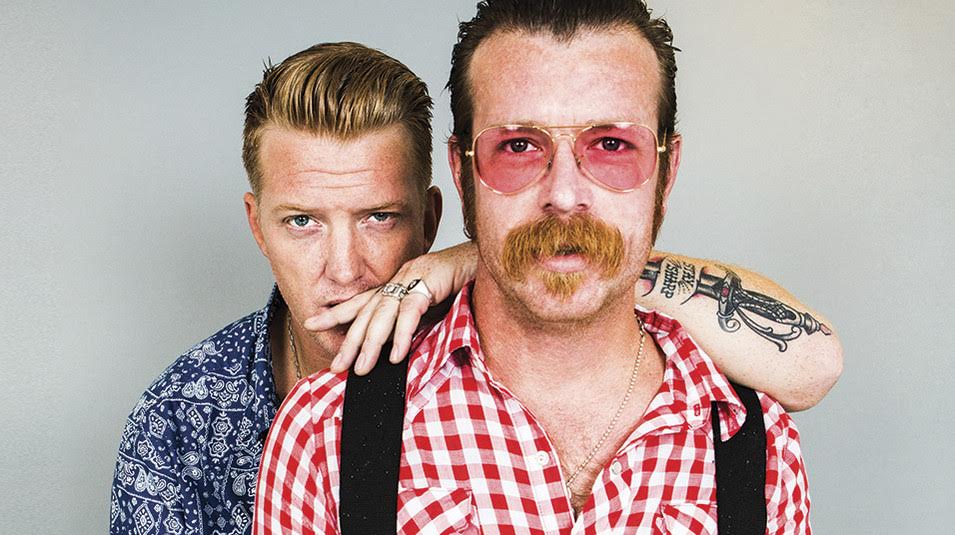 Rabat – The Eagles of Death Metal, the band that was performing at the Bataclan during the Paris attacks on November 13, told Vice magazine on November 21st that it is eager to return to that venue and play again.

Hughes added that his eagerness to return was not political, but rather for the love music. “Our friends went there to see rock and roll and died.  I wanna go back there and live”

During the attack, members of the group fled the gunmen along with fans. The band’s bass player, Matt Majunkins, hid with fans in a room off-stage.

“There’s a bunch of people helping each other get in. As soon as we get there, there were people who had been shot…We used chairs to barricade the doors”

They had also expressed gratitude for those who helped them. Eden Galindo, the lead guitar player, told the press how he was helped by fans when he escaped.

The band’s co-founder, Josh Homme, wishes he could speak with the parents of his fans and give his support.

“I wish I could get down on my knees and say “whatever you need””.

The band Duran Duran, whose song “Save a Prayer” was covered by The Eagles of Death Metal, will donate proceeds from that song to the families of the victims. Also, the band has asked music publishers such as Itunes and Spotify to give proceeds from the song “I Love You All the Time” to these families.

Hommes expressed his solidarity to the victims, as well as the bravery of the fans.

“We represent the fans that did not make it, whose stories may never be told” he added, while holding a list of names of those who died in the attacks.