Rabat - “She forces me to stay, she tortures me.” the woman says, claiming her Saudi employer took her money and does not allow her to leave the house. 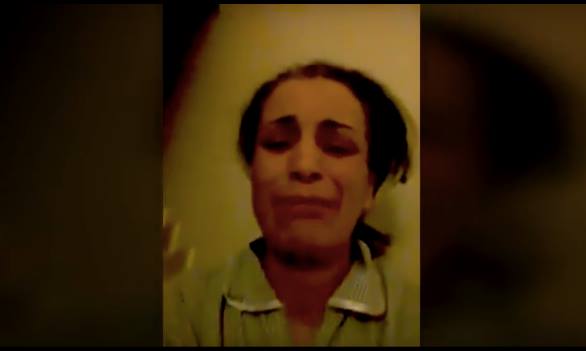 Rabat – “She forces me to stay, she tortures me.” the woman says, claiming her Saudi employer took her money and does not allow her to leave the house.

“The Saudi woman tells me I will never leave. I warned her that I will call the police. She says: ‘I don’t care do what suits you, I am just not letting you go away’.”

The maid, who says the Saudi’s woman husband live in Morocco with his second wife, claims he told her she would be free to go if she pays him money to let her go.

“I gave the money to her husband. His name is Mounir Mohammed Arab, and he lives with second wife in Morocco. He wrote in a paper that once he will take the money, he will send me back to Morocco, but he took the money and left me here.”

The Moroccan maid says the Saudi woman is refusing to let her go back to her country and wants her to work for her for free.

“Despite paying him back, I am still under house arrest having to deal with torture and abuse.

“She keeps telling me you will stay here and work for free and you will leave when I decide so,” the Moroccan woman says while in a state of despair.

She says that the residential area where she leaves makes it harder for to flee and put an end to her ordeal.

“There is no way for me to go to the police and denounce her. She knows that and that’s why she threatened me.”

“She keeps torturing me, and the contract I have with her is a fraud, she is not the one who signed it, it is signed by her friend, a woman called Soumaya, who lives in Jeddah.”