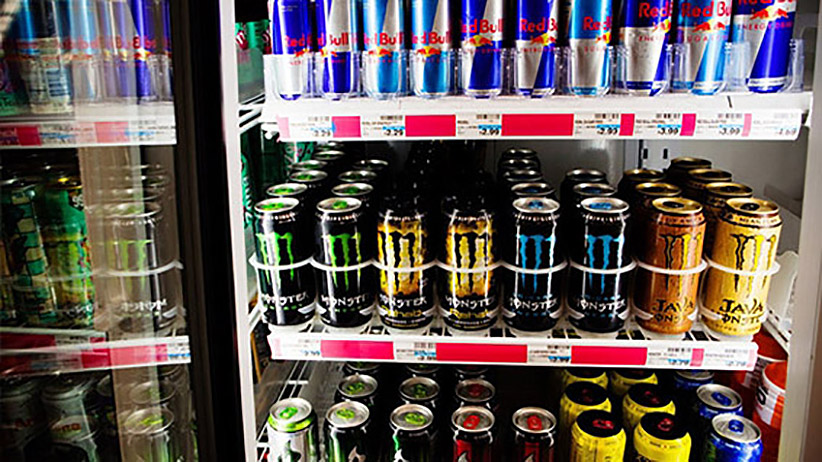 Rabat – Energy drinks are becoming increasingly popular with young men in Morocco and the Middle East, as they are seen as a sociable substitute to alcohol but earlier this month, it was reported that a 28 year old Moroccan man was rushed to the Military Hospital of Dakhla after drinking four cans of the energy drink Burn, causing concerns over just how safe they are. According to the original article (which you can read here), the man was diagnosed with hypokalemia and remained in intensive care for 48 hours. Although this is not the first time, energy drinks have been linked to health complications and fatalities, it highlights the growing concern over the unknown risks that excessive consumption of energy drinks pose to our health.

Last year, Saudi Arabia cracked down on energy drink consumption by banning the sale of energy drinks in education, health and government vicinities as well as prohibiting marketing, advertising and sponsorship deals. The NHS also issued warnings after research was published from the World Health Organization (WHO). Their concern is over the health risks related to consuming high quantities of caffeine, that have been linked to heart attacks among other side affects, including insomnia, gastrointestinal upset and headaches, as highlighted in the infographic below. 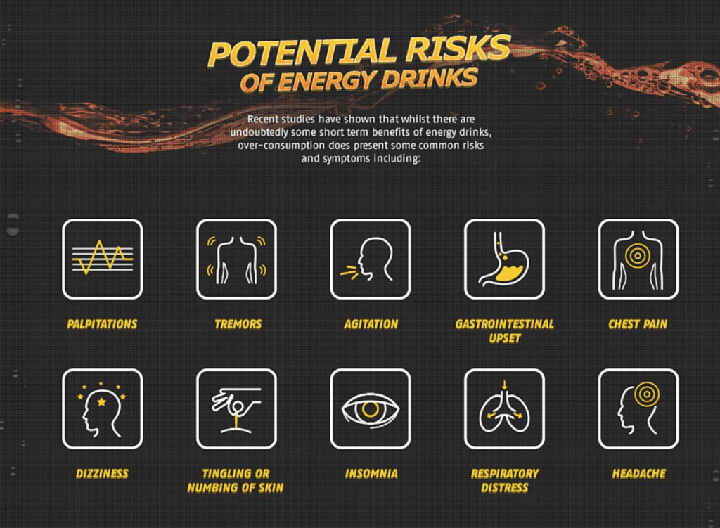 The fact that many of the long term risks of energy drinks are unknown is enough to give cause for concern to many officials. The drinks are often marketed as making the consumer feel happier, more energized and even stronger, but the reality does not necessarily back this up. The infographic below shows how our body reacts to drinking an energy drink. 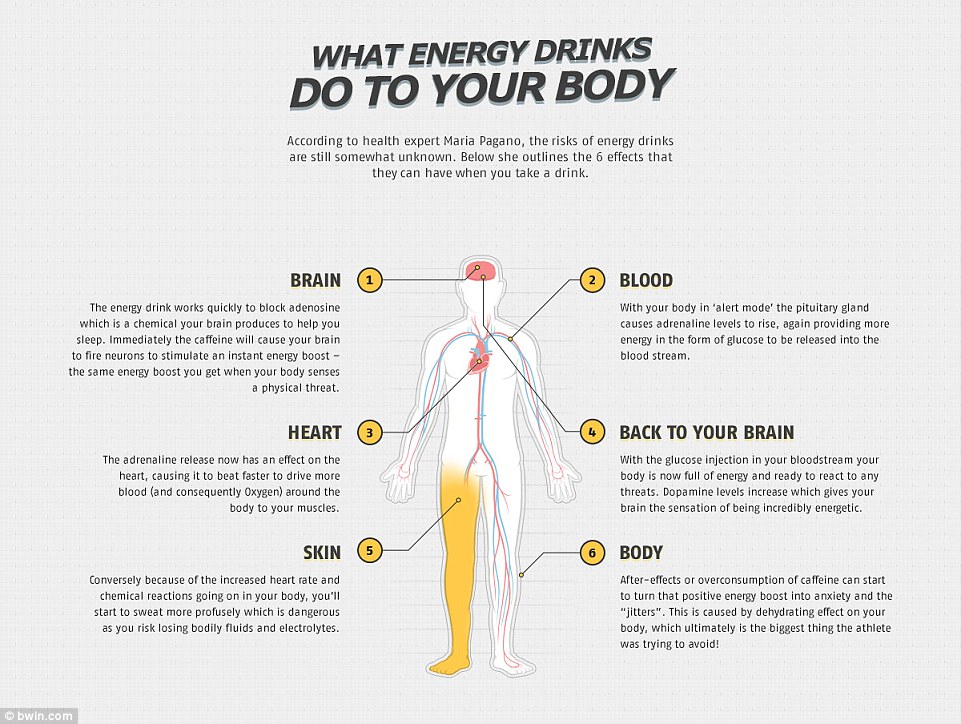 We can see from the infographic that although an energy boost is indeed achieved, the boost is stimulated causing an adrenaline rush rather than the revitalized energy we feel when we wake up from a good nights sleep. The side affects of this induced adrenaline rush causes our heart to beat faster, our skin to sweat more and ultimately for our body to become dehydrated. The combination of sugar and caffeine can give consumers a ‘buzz’, as they experience feelings of euphoria. As this short term feeling subsides however, consumers can experience feelings of anxiety, irritableness and fatigue. As for feeling stronger, any enhanced physical performance is a result of the additional adrenaline in the body.

So although energy drinks are widely used by sports professionals, and can indeed help us to stay energized during physical activity, consuming too many can affect our bodies in a negative way, and in some rare cases have even been linked to fatalities.