Rabat - A Moroccan taxi driver was shot in his taxi cab by an American passenger on Thanksgiving Day in Hazelwood, in Pittsburg. The incident is suspected to be a hate crime against the Muslim community following Paris terrorist attacks.On Thursday, the 38-year-old Moroccan immigrant escaped death, after a passenger fired a couple of gunshots against him, one of which blasted out the back window of his cab and struck him. The incident occurred between Flowers Avenue and Tecumseh Street, in Hazelwood. 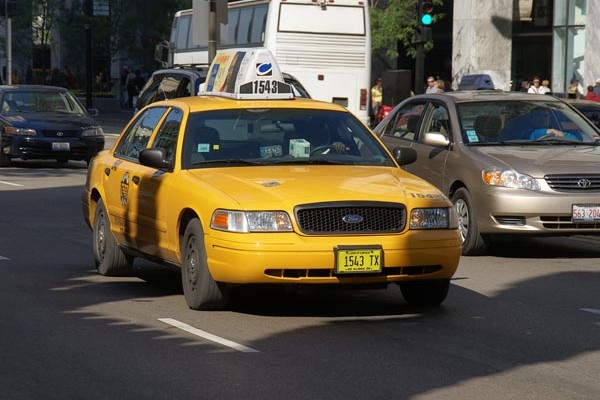 By
Aziz Allilou
-
Aziz Allilou is a student at the Higher Institute of Media and Communications (ISIC) and Morocco World News correspondent in Rabat.
Nov 29, 2015
Spread the love

Rabat – A Moroccan taxi driver was shot in his taxi cab by an American passenger on Thanksgiving Day in Hazelwood, in Pittsburg. The incident is suspected to be a hate crime against the Muslim community following Paris terrorist attacks.

On Thursday, the 38-year-old Moroccan immigrant escaped death, after a passenger fired a couple of gunshots against him, one of which blasted out the back window of his cab and struck him. The incident occurred between Flowers Avenue and Tecumseh Street, in Hazelwood.

Speaking to Post-Gazette from his bed at UPMC Mercy hospital, the victim said the man started questioning him about ISIS crimes and mocking the prophet Mohammed, a short time after he picked him up outside Rivers Casino at about 1 a.m.

“He began to speak about ISIS killing people. I told him ‘Actually, I’m against ISIS. I don’t like them.’ I even told him that they are killing innocent people,” said the Moroccan driver who requested anonymity out of fear for his safety.

“I noticed that he changed his tone and he began to satirize Muhammad, my prophet, and began to shift to his personal life. He mentioned that he has two kids and was in prison for some time,” he added.

Upon reaching his destination, the passenger asked the Moroccan driver to wait for a little bit, claiming that he forgot his wallet in the house. Five minutes later, the man came back carrying a rifle in his hand and started shooting the taxi, as the driver was attempting to drive away.

The Moroccan immigrant, who remains in UPMC Mercy in stable condition, said he was able to drive a couple of blocks further to Mansion Street, where he had to pull over. He waved down a passing car and got someone to call the police.

On the other hand, Wasi Mohamed, executive director of the Islamic Center of Pittsburgh, expressed frustration and impatience with the investigation and described the incident as a ‘hate crime’.

Since the Paris terror attacks, American Muslims have been dealing with a fierce current of anti-Muslim behavior among the public, as well as local officials in many parts of the United States.

The taxi driver, who is three months away from becoming an American citizen, insists that the incident is due to the person, not the city. He said he simply wants justice done.

“In our religion, Islam, we forgive, even in such conditions,” he said.

“I learned this from our prophet Muhammad. We don’t take revenge. I could forgive this, but I still want my rights,” he concluded.