Fez - Morocco has just lost the great progressive sociologist Fatima Mernissi, who was one of the cultural and intellectual icons of the country. The deceased has spent her entire life defending gender equality, women's cause, moderate Islam, the Islam of mercy, love, and tolerance. She dealt with contemporary issues with scientific rigor, objectivity and boldness, often breaking taboos. 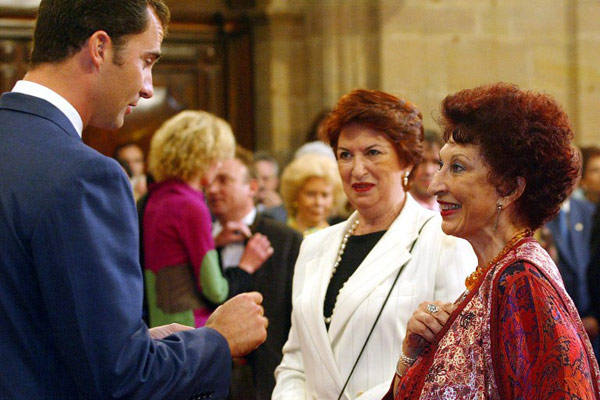 By
Moha Ennaji
-
Moha Ennaji is an author and international consultant.
Nov 30, 2015
Spread the love

Fez – Morocco has just lost the great progressive sociologist Fatima Mernissi, who was one of the cultural and intellectual icons of the country. The deceased has spent her entire life defending gender equality, women’s cause, moderate Islam, the Islam of mercy, love, and tolerance. She dealt with contemporary issues with scientific rigor, objectivity and boldness, often breaking taboos.

Fatima Mernissi has immortalized her name forever by her wonderful books such as “Beyond the Veil”, “Political Harem”, “Dreams of Trespass,” “The Veil and the Male elite” and “Women in Islam” .

With the death of Mernissi, Morocco has lost one of the greatest sociologists ever in contemporary Morocco and one of the emblems of the feminist movement, a good honest woman who dedicated her life to defending the rights of women, in order to free them from the grip of oppression and exploitation in all its forms.

In doing so, she lit the flame of knowledge and tolerance in this dangerous world, and illuminated the way for Moroccan and Muslim women to continue the struggle and work for freedom and the common good of their communities.
Using her scientific publications, Fatima Mernissi was a beacon of enlightenment in the realm of university research, contributing a multitude of books and participating in the development and prosperity of the Moroccan university.

Fatima Mernissi wrote in Arabic, French, and English and published her work in the best of international publishing houses. She was translated into several foreign languages and she lectured and taught in the most prestigious European and American universities. Her attention was focused on issues of democracy in Muslim societies, in particular the status of women and the analysis of the evolution of Islamic thought, and recent developments related to globalization and the Middle East.

Her writings have also focused on the conflict between tradition and modernity and on crises that afflict our societies and how to ensure progress, growth and development, and openness to the other.

In parallel to her academic work, Mernissi conducted a constant struggle in the context of civil society for gender equality and women’s rights, and organized and participated in numerous workshops, meetings and other social activities, including “civic synergy” and “citizenship caravan”.

Mernissi was among the first women to attend a school established by the nationalist movement during the French protectorate, and was able to lift high the torch of Moroccan women, thanks to her abundant contributions and her leading interventions in conferences and seminars in various prestigious universities across the world.

May God have Fatima Mernissi in His Holy Mercy. We are to God and to Him we return.