Miami - Moroccan Parliament counselors receive MAD 800 bonus per day just for showing up to work and ensure their participation during official meetings. 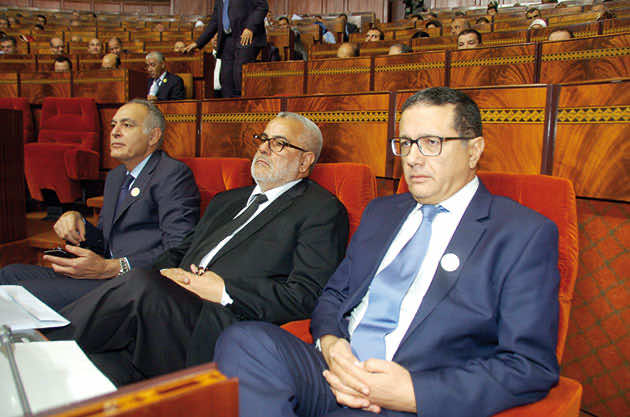 Miami – Moroccan Parliament counselors receive MAD 800 bonus per day just for showing up to work and ensure their participation during official meetings.

Parliament’s President of the Second Chamber, Hakim Benchemass came up with the monetary solution to make sure advisors attend meetings and are present at their jobs, according to daily Al Akhbar in its Friday issue.

Due to the low participation of elected counselors during Parliament meetings, Benchemass decided to give each member a bonus of MAD 800 per day to lure them into coming to work and perform their jobs.

There has been an increasingly low participation of Parliament members during meetings so the new President of the Second Chamber believes that the extra bonus will help interest elected officials to advise those that are working on drafting budgets for the legal and finance sectors in Morocco.

According to the same source, the bonus should help officials traveling outside of Rabat to stay in hotels in the capital and help with extra costs.

In addition, to ensure the presence and work of the counselors, the President of the House of Counselors agreed to pay for their housing as long as they participate in the work of the Parliament.

However, to ensure that parliamentarians are doing their part of the contract, five officials from the Second Chamber have been instructed to oversee their stays and their participations, the daily noted.

Parliament members currently enjoy a free transport card that allows them to travel across Morocco free of charge.

Yet, according to the daily, some parliamentarians have never set foot in the Parliament since their election, but are still enjoying the benefits of the free transport card that costs the Second Chamber at least MAD 8,000 per year.

Aside from the MAD 800 daily bonus, parliamentarians are pressuring Benchemass to get them even more benefits such as those that the First Chamber enjoys.

According to the daily, members of the First Chamber also receive three free nights of stay per week in hotels, a vehicle free of charge for their personal use, and smartphones, which bills are paid by the Parliament.