Johannesburg  - The development of China-Africa relations is a strategic choice to which we are committed and deeply attached, King Mohammed VI said in a speech to the Second Forum on China-Africa Cooperation (FOCAC), held this December 4-5 in Johannesburg. 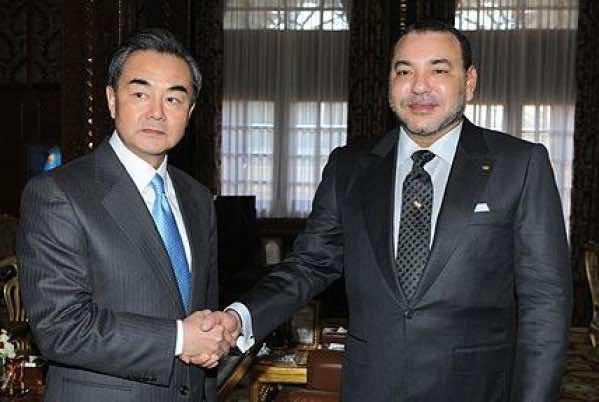 Johannesburg  – The development of China-Africa relations is a strategic choice to which we are committed and deeply attached, King Mohammed VI said in a speech to the Second Forum on China-Africa Cooperation (FOCAC), held this December 4-5 in Johannesburg.

“Our determination to carry out concerted action and engage in pragmatic cooperation is based on the principles of mutual benefits and shared development”, the Sovereign said in the speech, read out by Government Chief Abdelilah Benkirane.

Pointing out that partnership “derives its effectiveness from its format, its participatory approach and the constant quest for efficiency” as each country has its own specific features, the King stressed that this is the importance of this Forum, which is “the result of a judicious combination: it is both a platform for political dialogue within the framework of South-South cooperation and a mechanism for bilateral cooperation between China and Africa, founded on equal treatment and mutual benefits”.

“We can, indeed, be proud of the accomplishments made”, the Monarch said, adding that FOCAC is now credited with fifteen years of fruitful cooperation and successful strategic partnership and “is mature enough for us to move to a more advanced, more sophisticated stage in our cooperation – one that is consistent with the changes and challenges the world is currently facing”.

The King underlined that this second Summit “will give us a chance to consolidate a unique, multi-dimensional partnership model that brings together African genius and Chinese resourcefulness, helping us make the most of our countries’ assets and potential”.

He underscored the important role played by the People’s Republic of China as well as its continued contributions to the development of the African continent and its exemplary solidarity with African countries, paying tribute to China for all it has been doing for the emergence of a peaceful, multipolar world, and for its untiring action to serve the best interests of the countries of the South and support their legitimate ambitions.

In this respect, the Monarch commended President Xi Jinping on the “Silk Road Economic Belt” and the “21st Century Maritime Silk Road” initiatives he has launched, a historic initiative that reflects a truly strategic vision in the area of bilateral and multilateral relations and seeks to establish closer connections between Asian, European and African countries.

Given its geographical location, Morocco could play a constructive role in extending the Maritime Silk Road, not only to Atlantic Europe, but also and especially to West Africa nations, with whom my country has multi-dimensional ties, the Sovereign noted.

Tackling the African dimension of the Moroccan policy, the Moroccan monarch underlined that Morocco “is particularly keen to develop concrete, structural cooperation projects with African sister nations within the framework of a proximity policy that makes man its foremost priority”.

This is evidenced by the growing number of human development partnerships between our countries, especially in the areas of health, low-cost housing, food security and access to drinking water and electricity, the Monarch pointed out.

“We also have cooperation projects in productive sectors which generate growth and create jobs, such as agriculture, industry and infrastructure, not to mention the service sector, including banking, insurance and telecommunications”, he added.

King Mohammed VI said that beyond these bilateral partnerships, Morocco will continue to share its experience and well-established know-how in order to develop rich, diverse triangular cooperation with China, based on a genuine “win-win” partnership.

The Monarch also stressed that projects and shared ambitions for the achievement of economic and human development in Africa “hinge on security, stability and respect for the sovereignty and territorial integrity of African countries”.

“No one can deny this: today, global terrorism poses a threat to our security and puts our societies at risk. This growing danger requires collective mobilization, mutual cooperation and close consultation”, he argued.

A firm believer in the China-Africa partnership, the kingdom is “ready to do whatever it takes to strengthen this process and rise successfully to the challenge of building a stable, prosperous Africa together”, HM the King underlined.

“We should look forward to our common future with optimism because Africa has faith in its capabilities, its resources and its skills”, he concluded.