New York - In a video that surfaced on social media today, Francois Hollande, current French President, said in an interview in January 2008 that the French government “invents terrorists” to justify the toughening of security measures in the country. 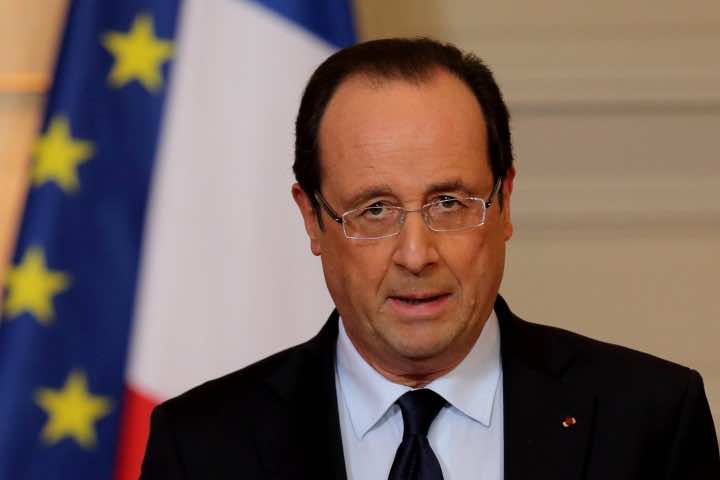 New York – In a video that surfaced on social media today, Francois Hollande, current French President, said in an interview in January 2008 that the French government “invents terrorists” to justify the toughening of security measures in the country.

Answering a question of a journalist on whether individual freedoms were in danger under the government of the then President Nicolas Sarkozy, Hollande, said:

“I think under the pretext of a cause that is just and necessary, the fight against terrorism, we are making conflations and confusions. That means if someone has deviating or sometimes unlawful behavior, he can be considered a terrorist,” he said.

“This is a serious attack on freedoms.”

Answering a question as to why the government goes down this path, Hollande said that public officials want to give citizens the impression that there is a threat against their country and that they are working to ward it off.

“There is a political intention to give these events the wrong meaning and dimension. We turn them into terrorist acts to justify the government’s security intervention and its effectiveness,” he pointed out.

“Secondly, there is a form of security shift that seeks to justify laws that increasingly repressive laws, under the pretext of a threat that is sometimes not real, sometimes virtual or, as we can see, even nonexistent.”

Answering another question on whether it is possible that the government describes a criminal act as a terrorist act in order to make the population feel in security, Hollande said that while he cannot deny the existence of the terrorist threat, the government does not need to invent another threat that does not exist.

“I think we are sufficiently facing the real terrorism so as not to go and invent another terrorist threat that has to do with other procedures.”

Intrigued by his answer, the journalist asked him why the government invents this terrorist threat.

“I think they do it to show an efficiency that in other fields, especially at the economic and social levels, does not exist,” Hollande said.

Shocked by his statement, the journalist told Hollande that his accusations are very serious.

“I think they are serious. To accuse men and women, deprive them of freedom, accuse them of terrorism is serious.”

“To imagine a scenario where terrorism is present even in the heart of our countryside, I think there is a adrift towards securitarianism,” he added.