Rabat - Moroccan authorities on Tuesday have announced the arrest of a young student in Sidi Zouin village, near Marrakech, on suspicion of spreading propaganda for the Islamic State group (ISIS). 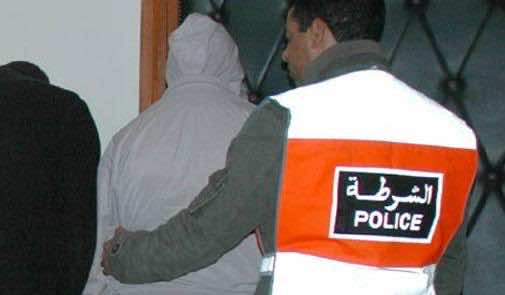 Rabat – Moroccan authorities on Tuesday have announced the arrest of a young student in Sidi Zouin village, near Marrakech, on suspicion of spreading propaganda for the Islamic State group (ISIS).

In a statement, General Directorate for National Security said the 19-year old student is a supporter of ISIS.

According to the same source, the suspect had been distributing leaflets, promoting the ideology of the terror group, and had painted a graffiti of the ISIS flag on a wall in his village.

The arrest came a few hours after Moroccan Ministry of interior announced that another man was detained on Tuesday morning in Berkane, northeastern Morocco.

The Ministry of interior said in a statement that the suspect pledged allegiance to ISIS and was preparing to carry out terrorist attacks in Morocco.

The suspect, who was allegedly coordinating for the attack with ISIS leaders based in Syria, will be brought to justice as soon as the interrogation complete, the Ministry of Interior concluded.

On November 26, Moroccan communication minister and government spokesperson, Mustapha El Khalfi, told reporters in a briefing in Rabat, that Moroccan services has dismantled over 15 terrorist cells during the first nine months of 2015.