Rabat - Moroccan peace activist Latifa Ibn Ziaten was booed Tuesday at the National Assembly in Paris during a meeting on secularism where she had been invited to speak.Ziaten, who is the President of the Imad Association for Peace and Youth and who defends the role of French secular public schools, was booed by the audience who disapproved of her presence, according to Medias24. 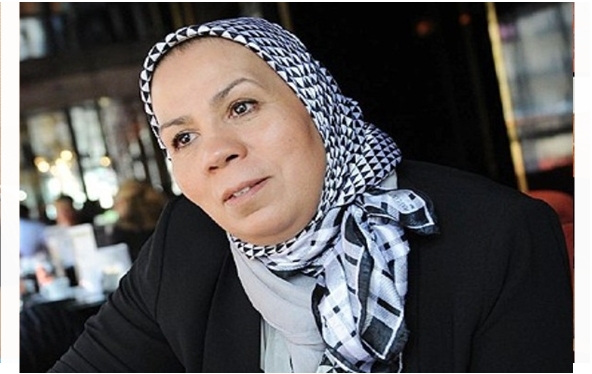 Rabat – Moroccan peace activist Latifa Ibn Ziaten was booed Tuesday at the National Assembly in Paris during a meeting on secularism where she had been invited to speak.

Ziaten, who is the President of the Imad Association for Peace and Youth and who defends the role of French secular public schools, was booed by the audience who disapproved of her presence, according to Medias24.

Ziaten, whose son Imad was murdered in 2012 by Mohamed Merah in Toulouse, France, condemns violence and promotes tolerance and peace.

Although Muslim, the Moroccan activist believes in the principle of secularism which espouses the separation of religion from state, and accords people from every religion equality under the law.

In September, Ziaten participated in an official visit of French President François Hollande to Tangier. She was accompanied by Mohamed Moussaoui, leader of Islam in France, and Joël Mergui, from the Israelite Consistory of Paris.  On November 20, President Hollande awarded her  the Jacques Chirac Foundation prize for her work with the Imad Association.

This is not the first time that Ziaten has received public criticism for her ideas, which some consider an unacceptable “contradiction” between her faith and French secular values.  Just a few days ago, French-Algerian commentator Mohamed Sifaoui criticized “the prominence of a veiled woman who teaches the values of the Republic,” according to Medias24.

Following the Charlie Hebdo attacks last January and the Paris attacks on November 13, France has grown increasingly radical with anti-Muslim reactions expressed in French public opinion that the National Front (FN) political party is capitalizing upon with increased Islamophobic rhetoric.

The FN led the vote in favor of removal of Muslim cultural and religious traditions from Judeo-Christian France during the December 6 elections.