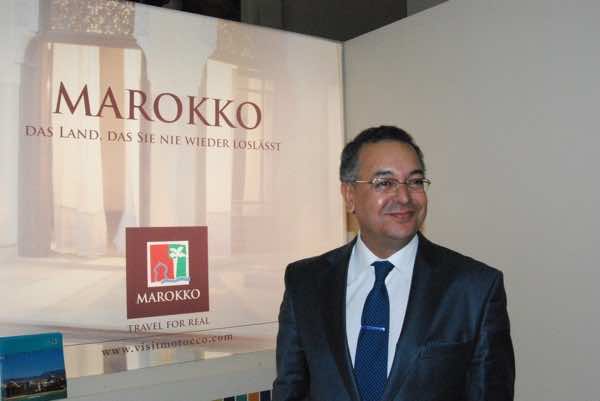 Minister Haddad took to his Twitter account to personally announce his win with a post that read: “Honored to have received tonight #worldtravelawards 2015 Outstanding Contribution to Travel & Tourism Industry Award.”

The post includes four pictures of the event and shows a joyful Haddad holding his newly-received award.

The Moroccan minister was one of three guests of honor at the gala representing their respective Tourism ministries from Morocco, Peru and Maldives.

“This is the final stage of our Grand Tour 2015. We have toured the world during our six regional Gala Ceremonies and now we welcome the elite of international hospitality to Morocco to compete for the global titles,” World Travel Awards President and Founder, Mr Graham Cooke said in a written statement.

“It is a pleasure to be welcomed to Morocco for the first time, and I could not think of a more appropriate host for this evening than Mazagan Golf & Beach Resort,” he added.

According to their website, the prestigious World Travel Awards “acknowledge, reward and celebrate excellence across all sectors of the global travel and tourism industry”.

The WTA brand is recognized worldwide as a symbol of quality and class in the tourism and travel industry.

Thousands of hospitality organizations and international companies aspire to obtain a prestigious award by WTA, thus earning the classification of “world-class” excellence.

“My job is to tell the World, the breathtaking story of beautiful Morocco, its cultural treasures, and its natural wonders,” Haddad wrote on his Twitter account.