Paris - France welcomed the signing this Thursday in Morocco of a Libyan political agreement to end the crisis in Libya. 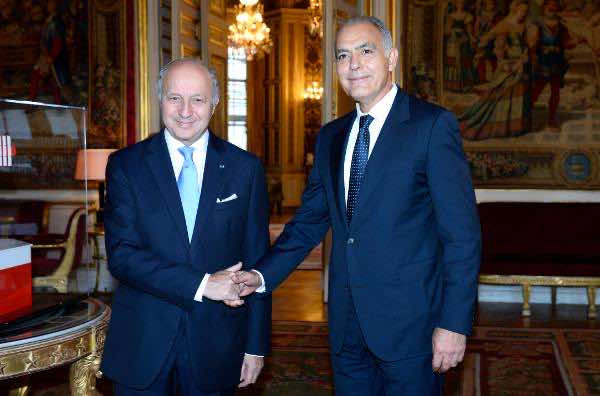 Paris – France welcomed the signing this Thursday in Morocco of a Libyan political agreement to end the crisis in Libya.

“I welcome the signing today in Morocco of the Libyan political agreement, thanks to the efforts that have been made for a year under the United Nations aegis”, said French foreign minister, Laurent Fabius in a release.

The head of the French diplomacy noted that the priority now is to implement the agreement and set up a national unity government, headed by Fayyez Al-Sarraj, “who is scheduled to settle in Tripoli in the shortest deadlines”.

“It is a condition to counter terrorism and traffics that threaten security in the region and in Europe”, he went on, expressing France’s resolve to support the new Libyan authorities’ efforts together.

The agreement was signed this Thursday in Skhirat (30 km south of Rabat), by representatives of all parties taking part in the inter-Libyan dialogue, held under the aegis of the UN support mission in Libya, mainly the Tobrouk agreement (recognized by the international community), the National General Congress, called the Tripoli parliament, independent figures and representatives of the civil society.