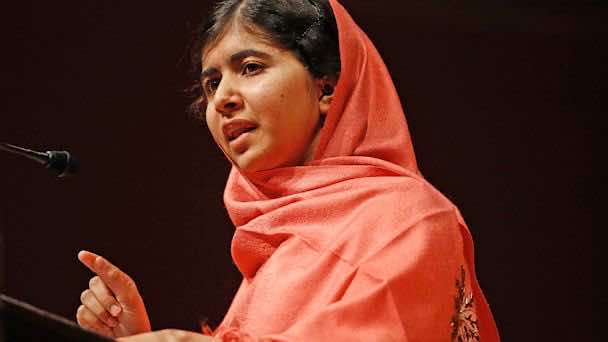 Hashem filed a lawsuit on Monday against the school district claiming that she was prohibited by the school from teaching about Islam, according to The Daily Beast.

The “Muslim American of Palestinian descent” as she described herself, was allegedly fired from Hunterdon Central Regional High School in Flemington, New Jersey, for playing the same video of Pakistani Muslim Malala that other non-Muslim teachers had shown their students.

Hashem said that her other coworkers did not receive any disciplinary action for showing the video the day before, while she was banned from mentioning Islam or the Middle East.

One of her colleagues played the same video to her history students, while nobody complained, Hashem claimed.

According to the same report, parents and local religious leaders had filed complaints to the school about her for telling her history class about Muslims and Middle East countries.

The high school administration did not respond to any communication regarding this case, the same source noted.

“[Principal] Suzanne Cooley received a complaint from the parent of a student about Plaintiff’s use of the Malala Yusufzai video during a lesson,” Hashem’s suit reads.

Her supervisor allegedly “told Plaintiff that she could not teach current events in the same manner as her non-Arab, non-Palestinian and non-Muslim colleagues,” the suit continues.

Hashem is also suing school district’s superintendent Cristina Steffner. “Defendant Steffner slammed her hand on the table and said, ‘You are not Lindsay.’ Unlike Plaintiff, Lindsay Wagner is not Arab, not Palestinian and not Muslim,” Sireen claims.

According to the same report, the lawsuit contains several examples of parental complaints made against the Muslim American teacher.

In one of the complaints, parents did not agree on Hashem discussing a book about friendships between Israeli and Palestinian men.

Another complaint, the daily noted, was related to Hashem’s use of a document to “compare the actions of John Brown at Harper’s Ferry to the actions of Osama bin Laden on September 11, 2001.”

A third complaint contained in Hashem’s lawsuit is about a student who accused her on Facebook of teaching “anti-Semitic views”, “being anti-Israel” and even called her brother a terrorist.

Sireen also claims that the school “accused her of discriminating against Jewish students, and also questioned her about her place of birth, her family, and her personal life.”