Washington D.C - The Council for Moroccans Living Abroad, known as CCME can chose its delegates around the world but has neither the right nor the jurisdiction to designate who represent the Moroccan-American community. 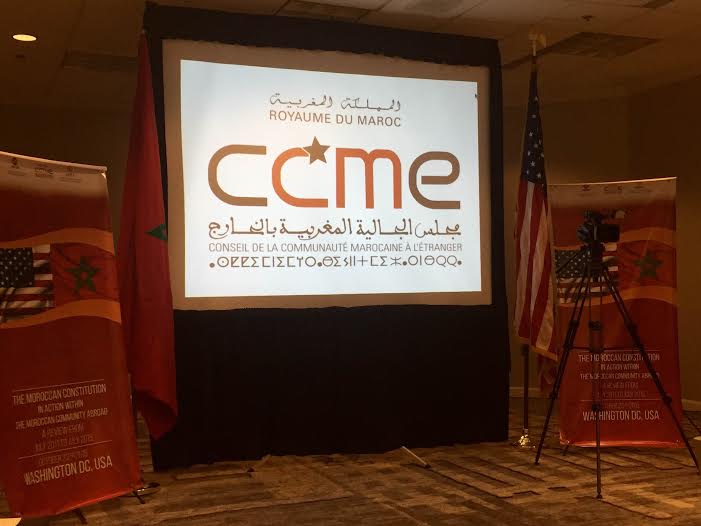 By
Hassan Masiky
-
Hassan Masiky was born in Kenitra, Morocco, and is based in Washington as a blogger and freelance writer.
Dec 18, 2015
Spread the love

Washington D.C – The Council for Moroccans Living Abroad, known as CCME can chose its delegates around the world but has neither the right nor the jurisdiction to designate who represent the Moroccan-American community.

With Testimonies posted on social media and correspondences sent to Morocco World News (MWN), the community is decrying CCME arbitrary and “secretive” decision to invite a group of Moroccans residing in the USA to visit Rabat as representatives. CCME hastening and behind closed door outcomes are fracturing the community in the USA, while the Embassy and Consulate remain indifferent.

The Moroccan-Americans’ chief complaints have been the manner by which delegation members were chosen and the lack of communication regarding the goal and the purpose of such tax payers funded endeavor. In a typical CCME fashion, the Councils website fails to give a list and the name of this Moroccan-American “delegation”.

Some members of the community may be unhappy with CCME because they were not invited to Rabat or may not like the “delegates” or the participants. Nevertheless, CCME faces serious credibility question in the USA. The fundamental concerns are not about personalities, but rather with CCME’s upper management reticent style that have antagonized the majority of the community.

As the Moroccan diplomacy continues to stumble unable to self-sustain, Rabat needs the goodwill and commitment of the Moroccans established and integrated around the world. With political and diplomatic crisis mounting on the face of an overwhelmed Moroccan embassies, Moroccans Residing Abroad (Known by the French acronym MRE) become the strategic asset and the highest resource for the Kingdom’s strategy on the world stage. Alas, CCME lack of candor seems to make the task of strengthening ties with the MRE harder if not impossible.

CCME and other government institutions such as the Ministry in Charge of Moroccan Living Abroad will succeed in maximizing and sustaining the relations between MRE and the Kingdom when their officials start courting and recruiting the well qualified elements in the community. This task is central to every facet of Morocco’s future development and diplomatic triumphs.

Considering how bad just few weeks ago the council held, under similar questionable circumstances,  a meeting in Washington where a small group of “experts” met to discuss immigration issues in the U.S and seeing that the Rabat meeting brings the same criticisms,  the community is asking if CCME is arrogant or just incompetent.

The lack of transparency and consultation in the decision making process related to “MRE representation” has been a major factor in widening the wedge between Moroccan-Americans and the homeland. This mismanagement has pushed key players in the community away from citizen lobbying on behalf of Morocco.

When the Kingdom is in dire need of an effective parallel diplomacy in Washington, more and more Moroccans are less engaged and turned off by governmental agencies that keep giving lip service to the MRE. CCME is doing more harm than good while no high ranking official seems to take responsibility and address the community’ pressing concerns.

To advance the national agenda, CCME must create a true MRE- Homeland Partnership that is transparent, credible and effective. Far from the rosy talk of a successful Public Diplomacy, the Moroccan diaspora remains disjointed with no clear leadership able to cement the different talents and resources that can be found aplenty among MRE.

Where was CCME when the United Sates introduced a motion to include human rights monitoring in the MUNIRSO mandate? Where was CCME when Sweden attempted to recognize the self-proclaimed Sahrawi Republic? It was, regrettably, nowhere to be found.

Moroccans and their descendants living in their adoptive countries self-mobilized to counter the Algerian propaganda. Be it in Washington, London, Paris or Madrid, political activists are either acting alone or have created their own groups away from the “secretive” self-promoting CCME.

Do CCME officials realize that pro- Polisario European Non-governmental organizations are behind the European Court decision to annul the EU-Morocco agreement? As much as Moroccan officials like to complain about enemy plots, the truth is simple. A handful of left-wing American and European NGOs indoctrinated by Polisario sympathizers spearhead anti-Morocco activities around the world. Sadly, CCME has failed miserably to mobilize the best and the brightest among the more than 5 million MRE.

It is high time for the “powers that be” to revisit the purpose and the actual results and achievements of CCME around the world. The Council is becoming a liability rather than asset.