Rabat - One used to wonder why Arabs and many Africans, although one suspected it could be for different reasons, have difficulties accepting cultural difference and political diversity and to  ensure peaceful transitions from one mandate to another one. The issue has, however, grown more complex as the same attitudes are being revealed in traditional Western democracies. 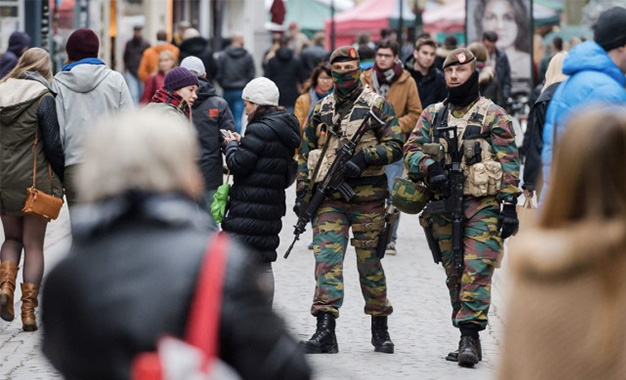 Rabat – One used to wonder why Arabs and many Africans, although one suspected it could be for different reasons, have difficulties accepting cultural difference and political diversity and to  ensure peaceful transitions from one mandate to another one. The issue has, however, grown more complex as the same attitudes are being revealed in traditional Western democracies.

In most cases I can remember of electoral experiences in Arab and African countries, immediately after the elections, populations take to the streets to request that the newly elected representatives and governments depart. Naturally, as the latter never take heed, they stick to their seats and trigger violent resistance. As to elected personalities, they stop accepting criticism and opposition. As a matter of fact, many become completely deaf to those who have elected them and take their comments, questions, claims and recommendations as cases of sedition that must be reprimanded severely. As to opposition, they simply take it to be betrayal worth martial courts. We are seeing some of it in Morocco these last few weeks but also in the discourse of many a candidate to executive and legislative elections in leading Western Democracies, France and the USA, to name only these. In Greece, however, the Minister of Finance left.

Once they have been taken to power through elections and in compliance with the provisions of a constitution, they hurry to amend the constitution so that they ban criticism and criminalize opposition. It even happened that they seek to prohibit some categories of the population from voting.  They get rid of the democratic process, of human rights and of liberties in exchange of political stability which, in their case means, denial of alternation and revolving power. We saw it in Egypt under the short Muslim Brotherhood rule and in many an African Republic. But we have also seen it recently in France just we had with the Patriotic Act before in the USA. They evoke malicious powers, usually foreign ones, working in secret to undermine the foundations of the State. They find in the protection of peace, law and order, the State and the Republic the argument to establish a state of exception and emergency. In more recent times, they have found in terrorism the ideal cause to abandon due process and the rule of law. They go as far as declaring their countries at war. The constitutional consequences that usually follow from such decisions all boil down to the denial of politics to play its normal functions. This, too, we have also seen in Europe and in the USA.

These practices have resulted, on the one hand, in the withdrawal of intellectuals from the public debate, the loss of trust in political elites and a severe deficit in their renewal, the aging of the ruling classes, the fossilization of governments, the centralization of the media in monopolistic trusts, political consanguinity diseases the most hazardous of which to the cohesion of a society are corruption and nepotism and the supremacy of money. On the other hand, these practices result in the growth of social impatience, frustrated aspirations, the attrition of traditional political organizations, increasing social and economic vulnerability, the appearance of new forms of the organization of popular expression, the essentialization of opinions and the rise of radicalized forms of opposition and resistance. We have witnessed these phenomena in Western democracies and in Arab and African societies alike.

In such situations, there is no more room for political competition nor for negotiation and compromise. The focus of economic alternative programs is removed from the interest and concern of the individual to be placed on the priorities of abstract transborder financial entities and impersonal politico-economic coalitions all of which oblivious of the social wellbeing of individuals and the survival of cultural communities. As the range of political offers shrinks as a result of the globalization of economy and of the absolute rule of the International Financial Institutions and their diktats, competition takes place more on ideology and demagogy. Never have France, for example, known as many political scandals as these last decades.

Hits below the belt maintain everyone in a constant defensive posture, a state of fear and an aggressive attitude of revenge. Passions take over. Language gets out of hand and insults, libel and personal intrigues substitute for political action and discourse. Interjections of Former French President Sarkozy such as “casse toi conaad” and those of a republican candidate to the current  U.S. presidential elections – whom I will not honor by citing his name – will be remembered for a long time. The loss of lucidity and transparency has tended to exacerbate feeling of uncertainty but also of anger.

The new forces rising at the extremes of the traditional Rights and Lefts and the new sociocultural and political structures mushrooming in civil society on the remains of formerly prestigious parties claim a legitimate right to their prerogatives. They, however, have little experience running countries, interacting with international organizations and coping both with internal and external pressures. Their promise of operating ruptures with the traditional economic and financial systems in which social injustice and economic and financial abuse are rooted proves to be more romantic than feasible. Their solutions fail. Greece is a case in point.

Right and left start fishing for votes throughout the spectrum and end up meeting at the fringes of an abnormally overstretched center, appropriating the discourse of competitors many of which are moribund and exhaling their last breath. Political skill becomes expertise in sucking in grass-root organizations and putting them to the service of agendas of which they usually have little understanding. Concepts such as class struggle, capitalistic exploitation, Human Dignity and the like have given way to Climate change, Global Warming, Greenhouse Gas Emissions, biodiversity, the Rain Forest, the protection of dogs, seals and birds and Compassionate Slaughtering Techniques. Communist and socialist parties have been losing ground dramatically. The French communist party has practically disappeared and the currently ruling socialist party has lost so much ground during the last local and regional elections that it is bound to be out of the way of major politics for quite a while.

The remaining parties are all somewhere on the liberal range regardless of the discourse they are betting on in the political competition and the fringe they are standing on. The most present of them hardly collect 30% of potential votes although those in the far right have been breaking records. In fact, even the most radical Islamist movements are essentially economically liberal albeit the fascist nature of their political and ideological options.

As political choice becomes a fallacy and the alternative to it becomes the denial of politics by extremist nationalism, excessive isolationism, primary protectionism, radical religious ideologies and the return to emotional drives and hate passions that usually accompany these, the meaning of politics becomes creating politics anew. Fighting terrorism, alone, is neither a political strategy conducive to equality, freedom and happiness to all nor an economic alternative to the increasing poverty and vulnerability of populations,  throughout the world nor is it a solution to the unemployment, illiteracy, disease and spreading racism, class related privileges and religious background based exclusion that are plaguing the world.