New York - Democratic presidential candidates have lashed out at U.S. President Obama’s plan to begin deporting illegal immigrants who arrived in the country since 2014. 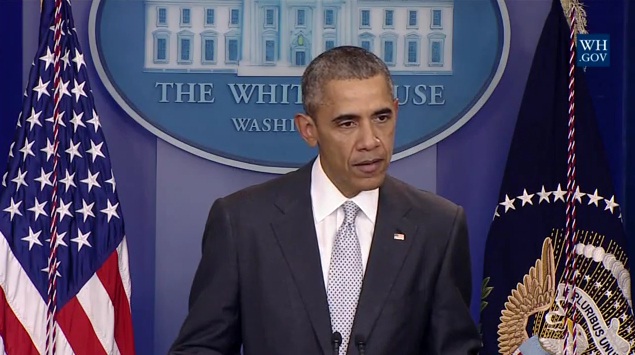 New York – Democratic presidential candidates have lashed out at U.S. President Obama’s plan to begin deporting illegal immigrants who arrived in the country since 2014.

According the spokeswoman for Immigration and Customs Enforcement, who confirmed the deportation plan on Wednesday, federal immigration officials will begin deporting illegal immigrants this coming January.

Democratic candidates and immigration advocates learned the unprecedented plan on Christmas Eve, according to Politico magazine.

They said that the majority of these illegal immigrants are women and children that have fled violence in Central America and should be treated as refugees, instead of separated and deported, the same source noted.

Liberals allegedly did not take the news lightly and expressed with concern at separating families during the holidays.

Xochitl Hinojosa, a spokeswoman for Hillary Clinton’s presidential campaign said: “Hillary Clinton has real concerns about these reports, especially as families are coming together during this holiday season”.

“She believes it is critical that everyone has a full and fair hearing, and that our country provides refuge to those that need it. And we should be guided by a spirit of humanity and generosity as we approach these issues,” Hinojosa added.

“This is a tough issue. On one hand, if the Obama Administration is really targeting undocumented immigrants with criminal records, it is hard to argue with efforts to deport them. On the other hand, it does not feel right to be breaking up families during this time of the year,” Attorney Richard Goodstein, Advisor to the Hillary Clinton 2008 campaign told Morocco World News.

“As we spend time with our families this holiday season, we who are parents should ask ourselves what we would do if our children faced the danger and violence these children do? How far would we go to protect them?” Sanders highlighted.

According to the same source, the Obama administration said the plan would mainly focus on deporting criminal immigrants and those who have crossed the border recently.

“If individuals come here illegally, do not qualify for asylum or other relief, and have final orders of removal, they will be sent back consistent with our laws and our values,” Christensen added.

“These are mostly women and children fleeing violence. Surely the Obama administration has a better Christmas in mind than the threat of deportation raids,” Executive Director of the National Immigration Forum, Ali Noorani, said

“To punish these families for our lack of a functioning refugee program that meets the needs of Central America would be a moral tragedy,” Noorani added.

Michelle Brané, Director of the Migrant Rights and Justice Program of the Women’s Refugee Commission said it was “outrageous that the administration plans to conduct raids on families who have fled persecution and violence.”

“Refugees seeking protection at our border who, instead of being locked up, should be given a real chance to find a lawyer, understand how the process works, and make their case for asylum before a judge,” Brané stressed.