Washington D.C -   Finally, the International media has begun to pay attention to the volatile political and security situation in Algeria. In its December 23 edition, the influential American daily the New York Times published an article “doubting that the ailing President Abdelaziz Bouteflika” is running his country. 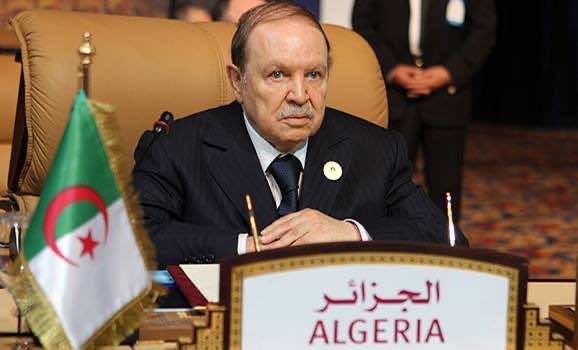 By
Hassan Masiky
-
Hassan Masiky was born in Kenitra, Morocco, and is based in Washington as a blogger and freelance writer.
Dec 28, 2015
Spread the love

Washington D.C –   Finally, the International media has begun to pay attention to the volatile political and security situation in Algeria. In its December 23 edition, the influential American daily the New York Times published an article “doubting that the ailing President Abdelaziz Bouteflika” is running his country.

As French news outlets keep avoiding this subject, it is now up to the Moroccan and American media to highlight the dangers of a potential collapse of the Algerian state on oil prices, war on terrorism and stability in North Africa, Southern Europe and the Sahel.

Citing the jailing of three generals, including General Hassan, the deputy head of the intelligence service responsible for counterterrorism, and the dismissal of several dozen officers since the summer, the New York Times states that “the power struggle within the closed circle that has ruled Algeria for decades has spilled into the open in recent weeks, with accusations of a soft coup, as questions intensify about the health of President Abdelaziz Bouteflika.”

The American daily notes that “the condition of Mr. Bouteflika, 78, is so uncertain, after two strokes in recent years, that even a prominent group of his closest associates has publicly demanded to see him to make sure he is still making the decisions. The president remains so sequestered that none of them have met with him in more than a year.”

This  unusual situation has made the Algerian people suspect that  “a clique within the ruling clique, led by the president’s brother, Saïd Bouteflika, has effectively carried out an internal coup and is running the country in the president’s name”, the Times asserts. Few weeks ago, Morocco World News published my article discussing this eventuality.

Accusations of a “Saïd takeover” have been bounced around in Algiers for weeks. Several former aids to the President and some high-ranking military officers came out denouncing the President’ brother as a coup leader and illegitimate de-facto ruler. The Times goes further citing the possibility that” the President has been taken hostage by his direct entourage.”

The New York Times questions “whether it is the president or those working behind him making the decisions, a stunning series of firsts have taken place apparently in preparation for a transition: a purge of the intelligence service, the jailing of top army generals and a series of laws that guarantee new and stiff penalties for journalists”.

In fact, the New York daily described  President Bouteflika’s refusal to meet with the Group 19, an assembly of well-known pro-government figures from a variety of political and civic groups, as “a startling developments “.

The New York-based newspaper quoted members of the Group 19, including Louisa Hanoune, the head of the left wing Workers Party, and the former Prime Minister Ali Benflis,  who have directly accused Said Bouteflika and his cronies of shady business dealings and of seizing powers outside the Constitution.

Yet, the most worrying but inevitable consequence of the turmoil in Algeria remains the firing of Algeria’s chief spy , Mohamed Mediene (AKA General Toufik,) who the new York Times described as “a dark and influential figure who never appeared in the news media or spoke in public. “[He] led the brutal “dirty war” against Islamist insurgents in the 1990s, manipulated elections and dominated politics through files he held on almost everyone,” it added.

The dismissal of Algeria’s secretive General Toufik and the jailing and trial of General Hassan should be of special concern to the American and European intelligence services since Algeria plays a big role in the war against extremist groups in North Africa and the Sahel.

The American newspaper summarizes the situation in Algeria with a quote from the commentator Nour-Edine Boukrouh of the Algerian daily  Le Soir d’Algerie saying that  “Everything became suddenly clear, the high-level corruption and the president’s fourth term had divided the top military and political leadership, and it was spilling out in the news media in a way never seen before.”

The New York Times closes its articles by stating that “through it all, President Bouteflika has remained silent, communicating through occasional letters to the government, leaving even those closest to him to wonder who is really in command.”