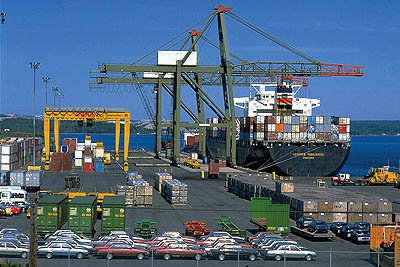 By
Karla Dieseldorff
-
Karla is an award-winning actress and producer.
Dec 31, 2015
Spread the love

“The year 2015 posted a significant increase in terms of investment amount with more than MAD 47.36 billion and doubling the number of direct jobs to be created, that is 4,395 jobs,”Elalamy said at a press conference on Wednesday, following a meeting of the Inter-Ministerial Investment Committee, held in Rabat under the chairmanship of Head of Government, Abdelilah Benkirane.

Elalamy noted the predominance in the industrial sector in terms of investment and job creation in 2015.

“With more than MAD 20 billion, the industrial sector accounts for nearly 32 percent of the total investments submitted to the Investment Committee.This sector stands out as the main provider of jobs with around 3,068 jobs, or nearly 36 percent of jobs to be created,” the minister highlighted.

Investments in renewable energy account for 26.28 percent of the total, followed by the telecommunications sector (25.4 percent), tourism, leisure and real estate (11.11 percent), energy (2.81 percent), and the agricultural commerce sector (2.37 percent).

Elalamy said that with more than half of total investment, Moroccan-foreign joint ventures account for nearly 53 percent of planned investments submitted for approval to the commission.

National investments are in second place and account for 46.73 percent of the total investment budget.

The Investment Commission also approved on Wednesday 21 new investment projects, consisting of 12 agreements and 9 amendments, for a total of MAD 38.08 billion, according to Medias24.

The distribution of new investments by sector shows a predominance of the industry sector, with an allocated MAD 20 billion of the total, to generate 2,943 jobs.

Telecommunications is in second with an allocated budget of over MAD 16 billion, the same source noted.

Domestic investments will greatly benefit from the new approved projects due to the recent boom in the industrial and energy sectors Morocco.

More than half (58 percent) of the newly approved budget by the Investment Commission will be granted to domestic investments for a total of MAD 22.3 billion.