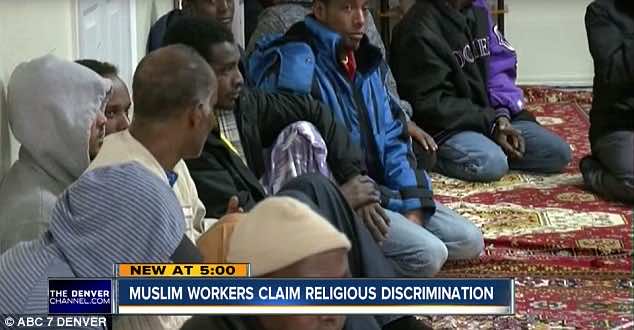 The workers, mostly Somalian immigrants, staged a walkout to protest what they called “insufficient accommodation of prayer time” at Cargill Meat Solutions in Fort Morgan, Colorado.

The Muslim workers said that their superiors were always allowing them to pray, but following the Paris and San Bernardino attacks, the company changed its policy, asking them “to go home if they wanted to pray.”

The Council on American-Islamic Relations (CAIR), a Muslim civil rights group, got involved in their case in an attempt to help the Muslim workers get their jobs back.

Jaylani Hussein, the executive director of CAIR’s Minnesota office, said that “Some employees missed their prayer that day. They wanted to talk to management and they were told to go home if they wanted to pray.”

“We believe Cargill is a great organization and that they have a long history of employing Muslims. Unfortunately, in this plant, it seems there have been some abuse and some sort of policy that has been applied in so many different ways,” Hussein added.

The company said that it has provided a “reflection room” for Muslim employees to pray since 2009, adding that it “makes every reasonable attempt to provide religious accommodation to all employees based on our ability to do so without disruption to our beef processing business at Fort Morgan.”

The plant managers met with the workers, members of the Somali community, and union leaders following the walk-out but were unable to resolve the issue.