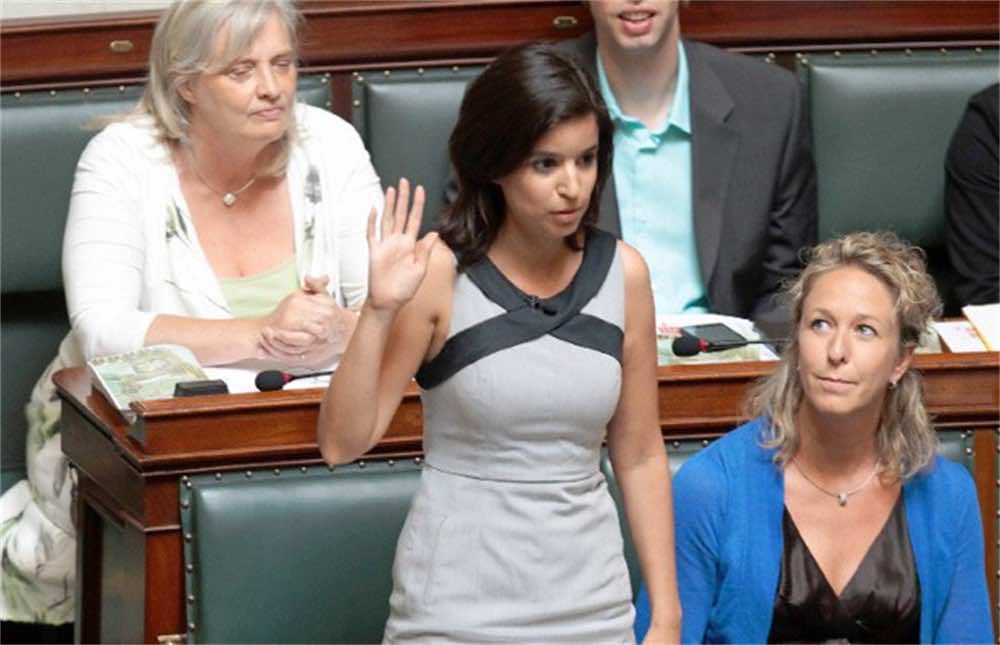 Nadia took office as Mayor (Burgomaster) of Londerzeel on Friday after three long years waiting to assume the governmental position, according to Telquel news website.

Sminate was due to be appointed mayor under a coalition agreement that was signed in this regard between local representatives of parties that won the municipal elections of October 14, 2012, in the Dutch town of Londerzeel.

The 34-year-old Belgo-Moroccan succeeded former Mayor of the Municipality of Londerzeel, Jozef De Borger, and will lead it for three years, until the next elections in 2018.

In the municipal elections of 2012, Nadia Sminate led the list of the New Flemish Alliance (N-VA) in Londerzeel, a town of 18,000 inhabitants located about 15 kilometers north of Brussels, garnering over 21 percent of the votes.

But before becoming mayor, the young woman has a long political career behind her. She became a municipal councilor in 2006.

Affiliated to the New Flemish Alliance (N-VA), Nadia was elected as a member of the Belgian Chamber of Representatives in 2010.

A few years later, in 2014, she became Deputy Mayor of Budget, Finance and Personnel.

Nadia describes herself as “a true Flemish”, who does not forget her Moroccan origin. “I do not feel as an immigrant, I received a Flemish education. I do not speak Arabic, which is a shame because I never had much contact with my paternal grandmother,” she told Het Laatste Nieuws.

She went on to add that although she is a member of the nationalist party, she will not “sing by heart the ‘Vlaamse Leeuw’ or carry the Flemish flag,” but that she greatly respects the party symbols.

Born in Belgium to a Moroccan father and a Flemish mother, Nadia obtained a Degree in Roman Philology at the Flemish University of Brussels (VUB).