Rabat - Saudi Arabia said on Sunday it had cut ties with Iran over the storming of the Saudi Embassy in Tehran, following the execution of Shia cleric Nimr al-Nimr on Saturday. 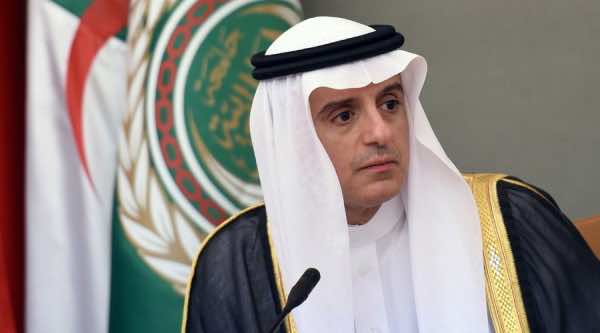 By
Larbi Arbaoui
-
Larbi is a freelance writer and assistant editor at Morocco World News.
Jan 3, 2016
Spread the love

Rabat – Saudi Arabia said on Sunday it had cut ties with Iran over the storming of the Saudi Embassy in Tehran, following the execution of Shia cleric Nimr al-Nimr on Saturday.

Speaking at a press conference on Sunday, Al-Jubeir ordered the Iranian diplomatic mission and its related entities to leave the country within 48 hours.

The Foreign Minister said Saudi Arabia would not allow the Islamic Republic to undermine the Sunni kingdom’s security.

After the execution of the Shia cleric on Saturday morning, Iran summoned the Saudi ambassador, and hours later, angry mob attacked the Saudi embassy in Tehran, chanting “Death to Al Saud!” the ruling family of Saudi Arabia.

Late night on Saturday, a group of angry Iranian protesters broke into the Saudi Arabian embassy in Tehran, destroyed its interior and torched it with Molotov cocktails.

Another group of protesters set fire to the Saudi Consulate in Mashad, northern Iran and seized the Saudi flag.

Saudi Arabia justified the executions on the basis of terrorism and accused Iran of “ranting about human rights,” when Tehran conducts executions “without clear legal framework” and is “the last one to accuse others of supporting terrorism”.