Rabat – French Satirical weekly magazine, Charlie Hebdo, will print one million copies of a special issue to mark the one-year anniversary of the deadly attacks at its Paris offices. 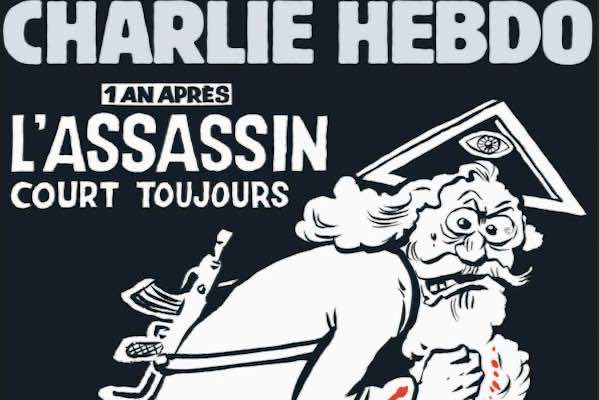 By
Larbi Arbaoui
-
Larbi is a freelance writer and assistant editor at Morocco World News.
Jan 4, 2016
Spread the love

Rabat – French Satirical weekly magazine, Charlie Hebdo, will print one million copies of a special issue to mark the one-year anniversary of the deadly attacks at its Paris offices.

The special issue will include a cover featuring a bearded man with a gun, allegedly representing “God.”

In memory of the January 7, 2015 attacks Charlie Hebdo will distribute its special issue of “God with a beard, armed with a Kalashnikov and bloodied clothes” on its cover on Wednesday.

The controversial magazine’s anniversary issue refers to “God” under a title that reads “One year later, the killer is still on the run.”

The magazine, known for its satirical covers lampooning Islam and its sacred symbols, will feature a list of cartoons of its staff members that were killed in last year’s attack. 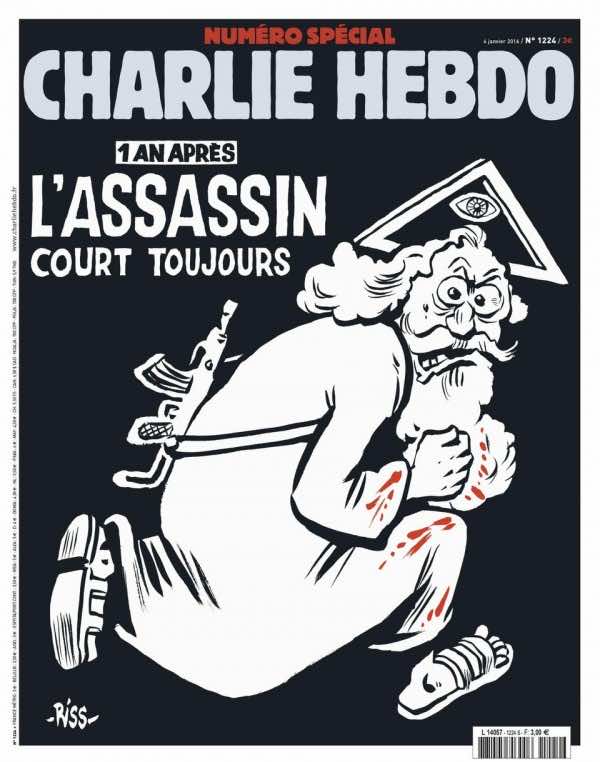 Cartoonist Laurent Sourisseau, who took over the management of the French weekly in the aftermath of the murders, will write an “angry editorial in defense of secularism,” according to French daily Libération.

According to the same source, the editorial denounces “fanatics brutalized by the Koran as well as those from other religions who hoped for the cease of the magazine for daring to laugh at the religious.”

A year after the attacks, Eric Portheault, Charlie Hebdo’s Financial Director, who escaped death by hiding behind his desk, argued that they “are left alone and they feel unsupported in their struggle.”

“We feel terribly alone. We hoped that others would do satire too,” he said, adding “No one wants to join us in this fight because it’s dangerous. You can die doing it.”