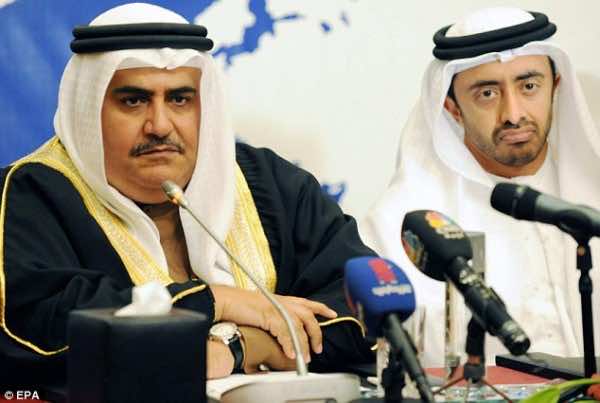 The decision comes a day after its neighbor Saudi Arabia also severed relations with Tehran.

Saudi Arabia cut ties with Iran on Sunday after Iranian protesters attacked its mission there, angered by the kingdom’s decision to execute a leading Shi’ite cleric.

Bahrain has decided to break off diplomatic relations with the Islamic Republic of Iran and has called upon all members of its mission to leave the Kingdom within 48 hours, BNA said.

In the same connection, the UAE has decided to downgrade the level of its diplomatic representation in the Islamic Republic of Iran to a chargé d’affaires and to require a reduction in the number of Iranian diplomats stationed in the UAE, State news agency WAM reported on Monday.

“This exceptional step has been taken in the light of Iran’s continuous interference in the internal affairs of Gulf and Arab states, which has reached unprecedented levels”, the UAE Ministry of Foreign Affairs said in a statement.

The statement emphasized that “positive and natural relations between States should be based on mutual respect for the sovereignty of states and the adoption of a policy of non-interference in the internal affairs of others”. In reaction to this decision, the UAE Ambassador to Tehran has been summoned.