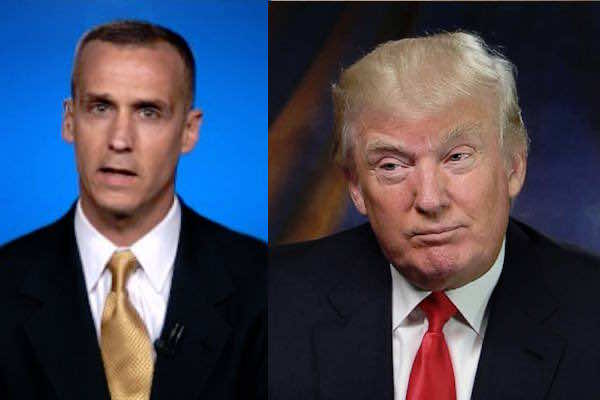 By
Karla Dieseldorff
-
Karla is an award-winning actress and producer.
Jan 5, 2016
Spread the love

Trump’s 30-second “approved message” used footage of African migrants crossing the Morocco-Melilla border and disguised the images as if they were from Mexicans crossing the US-Mexico border.

The hoax was revealed by the American website specializing in fact-checking, PolitiFact.

According to PolitiFact, the original footage was “time-stamped” May 1, 2014 by Italian TV network RepubblicaTV, when nearly 800 migrants tried to cross the border from Morocco to the Spanish enclave of Melilla to reach European lands.

Several hours after news made headlines worldwide, Trump’s campaign manager, Corey Lewandowski, stated that the use of “Moroccans as opposed to Mexicans was intentional”.

“No sh** it’s in Morocco. The footage was intentional. It’s intended to demonstrate the impact of an open border,” Lewandowski told CNN on Monday.

“If we don’t do something to build a wall and stop illegal immigration, that’s what our country’s going to look like,” he added.

The intentional use of the footage to depict a negative picture of Morocco and distort the reality of the North African country has outraged Moroccans.

The spot as well as Trump campaign manager response stirred uproar in Morocco. Moroccans are demanding an apology from the American billionaire.

The Rabat Center for Political and Strategic Studies (CREPS) said it was “outraged” and “worried” by the “grotesque” way the presidential candidate used images shot in Morocco in his first campaign ad, according to a statement reported by Telquel news website.

CREPS demanded on behalf of “the Moroccan people” an apology from Donald Trump, his campaign manager and the Republican Party, the statement added.

According to the same source, the Rabat center also states is preparing a letter of “outrage” to be sent to the White House regarding this incident.

Mohamed Brahimi, a Moroccan American professor at Worcester Polytechnic Institute in Boston said that he is not surprised to see Donald Trump resort to these deceiving tactics in order to lure Americans into voting for him.

“I am not surprised in the least bit. Trump has led a life where distortion, deception, lies, and hyperboles were his chief guiding values. Now, as a political contender, Trump is using these same values that brought him wealth in the business world in the hopes that they bring him voters,” Brahimi told Morocco World News.

Meanwhile, American Attorney Richard Goodstein, Advisor to Hillary Clinton 2008 campaign said in a statement to Morocco World News that Americans know that Morocco is not what Trump intended to portray.

“Donald Trump seems incapable of distinguishing fact from fiction. When he is caught in a lie, he just makes up another lie. To disparage Morocco shows that his insults span the globe. It reflects so poorly on US politics,” Attorney Richard Goodstein, Advisor to Hillary Clinton 2008 campaign, told Morocco World News.

“One can only hope that Republican voters will become as turned off to him as the rest of the world is. Morocco is a beacon of stability. Only someone as twisted as Trump could try to paint a different picture,” he added.