Rabat - Donald Trump's "approved message" using footage from the Morocco-Melilla border, claiming it was from the US-Mexico borders, continues to bring the president hopeful an avalanche of critics on social media. 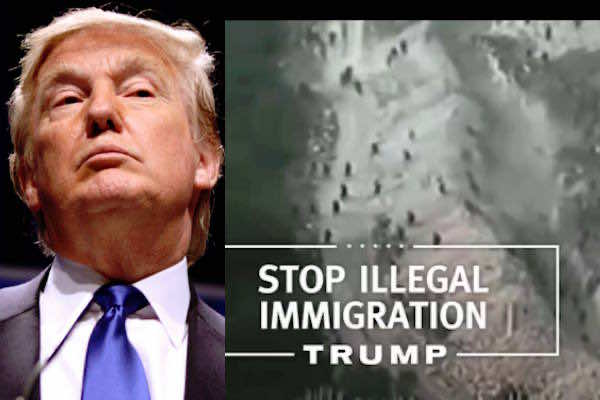 By
Adnane Bennis
-
Adnane Bennis is a national of Morocco, obtained his Bachelor’s Degree in Computer and Information Science from East west University in Chicago.
Jan 5, 2016
Spread the love

Rabat – Donald Trump’s “approved message” using footage from the Morocco-Melilla border, claiming it was from the US-Mexico borders, continues to bring the president hopeful an avalanche of critics on social media.

Social media users accuse Trump of deceit by lying to the American public to garner more votes for his campaign.

@realDonaldTrump @Lucky5713 @NewDay it illustrates that you are a fool.

@realDonaldTrump this is just the most delusional tweet of all time — Kylo (@kbaileyjava2) January 5, 2016

@__nefertari@realDonaldTrump@Lucky5713@NewDay Oh WE have a YUGE Wall on the southern border? THEN WHY does he want to build one?

“The footage was intentional,” Trump’s campaign manager, Corey Lewandowski told CNN. “It’s intended to demonstrate the impact of an open border,” he added.

Yet, reality on the ground tells a different story. The Morocco-Melilla borders are not open as Lewandowski claimed. The Spanish enclave has a very high wire fence, six meters high.

Yet, Donald trump is in a state of denial, claiming that his usage of Morocco “illustrates a point.” It remains to be unclear what point trump’s campaign staff wants to illustrates.

In his tweeter account, Trump said, “What’s wrong with showing Morocco? Nothing! It illustrates a Point! Duh! Love the video!”

“@Lucky5713@NewDay What’s wrong with showing Morocco? Nothing! It illustrates a Point! Duh! Love the video!”

“He is building everything on deceit … look at the African migrants trying to scale the barbed wires to go into Melilla. He is using it as if it were Mexicans crossing into the US. He uses the concept of fear to gain the votes of the white Americans,” Dr. Mohamed Chtatou, international education consultant and political analyst for the MENA region, told Morocco World News.

“He is what I may call: the White Trash … people who lie to get what they want like Bush when he lied about Nuclear weapons in Iraq. These politicians are liars, so if they lie now to the voters. They will lie to the American people throughout their presidency,” he concluded.

Michael Cohen, Trump’s special counsel has a different view on the Morocco footage. He was unaware who included the wrong footage of the US-Mexico borders, but for him, “It’s the same thing.”

“I don’t know who did it … Whoever the person is, I’m sure I’ll be sending them a letter very soon on behalf of Mr. Trump,” he told CNN. He continues “It’s the same thing. It’s Morocco, it’s Mexico, the people pouring into this country, we don’t know who they are.”