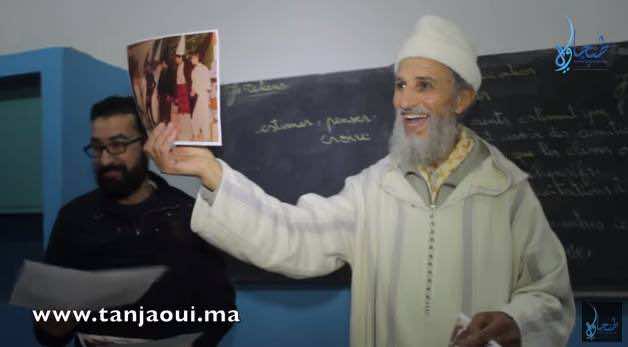 This initiative taken by students that are now successful parents was heartwarming for the professor, for he has always wanted to visit the holy place with his wife.

These students that now hold important positions have never forgotten the professor who gave them knowledge that surely helped them.

In a YouTube video that shows the meeting of Professor Haydar with his students, the professor explained that it is important for students to not only be receivers, but should also be given a chance to be productive. He also added that in his class they lived with their ideas as well as their hearts.

Professor Haydar is open to learning from his students and accepts their comments. In the video, he mentioned that one day he was angry at his student and one girl told him, “Professor, please smile.” He accepted her advice and thanked her. Unfortunately, such behavior is very rare in our current schools.

Professor Haydar keeps archives of some memories of his students (exams, transcripts and photos) which shows his love for his work and for his students, whom he described as his sons and daughters who are a piece of his life.

One of his students stated that the professor was like a father to them and everyone was doing their best and lived the best memories in the four years they spent in the middle high school.