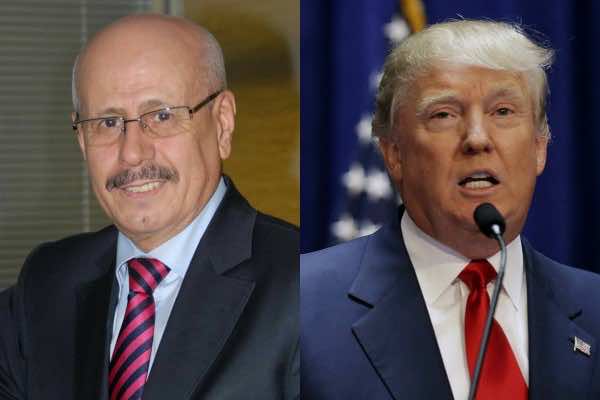 By
Adnane Bennis
-
Adnane Bennis is a national of Morocco, obtained his Bachelor’s Degree in Computer and Information Science from East west University in Chicago.
Jan 5, 2016

Echoing the opinions shared by millions of Moroccan social media users following the footage in which the Trump campaign falsely presented the Morocco-Melilla border as the US-Mexico border, Moroccan politicians denounced the misuse of Morocco’s image in U.S. internal politics.

But while expressing their outrage at the unethical way in which the real estate mogul attempted to lure American voters and convince them of his immigration policy, many are not surprised by his move, and regard it as a continuation of Trump’s anti-Muslim hate speech.

According to Moroccan politician and member of the Party of Progress and Socialism (PPS) M’hammed Grine, Donald Trump’s action just confirms his “style based on provocation and stereotyping” of foreigners, especially Muslims.

Grine went on to add that the footage represents a picture that harms Morocco’s image and its efforts to combat illegal immigration over the past decade.

“The video conveys a detrimental message for the image of our country, namely the showing of dozens of people trying to cross the border surrounding the enclave of Melilla,” he added.

The Moroccan human rights advocate denounced the statement made by Donald Trump after the world discovered his deceiving tactics, saying that it shows the billionaire’s total disregard towards Moroccans.

“The first television ad of the Donald Trump campaign confirms his style based on incitation and the stigma against immigrants and Muslims. This has been the case since the announcement of his candidacy for the Republican primary elections,” Grine told Morocco World News.

“On behalf of the Moroccan people, we demand the withdrawal of these images of the clip and an apology to Moroccans,” he added.

“Strongly condemning these actions that indicate a disregard with respect to others and a provocation to Morocco is a right of all Moroccans and immigrants living in its territory.”

Facts on the ground indicate that ”Morocco spares no efforts to curb undocumented emigration and to facilitate the integration of immigrants in Morocco,” he concluded.