Rabat - The owner of a small food shop in the city of Salé, Rabat's twin city, has outraged residents after he banned women from sitting down to eat inside the shop. 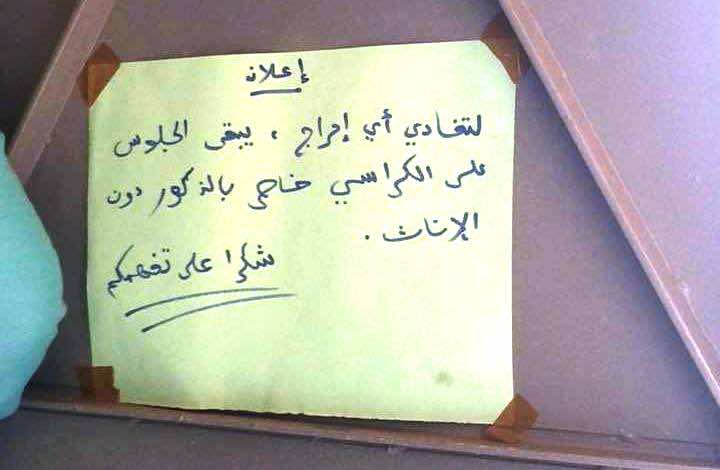 Rabat – The owner of a small food shop in the city of Salé, Rabat’s twin city, has outraged residents after he banned women from sitting down to eat inside the shop.

The owner of the establishment located in Hay Salam neighborhood in Salé, has placed a controversial poster prohibiting women from using the chairs inside the shop, according to Alyaoum24 news website.

“To avoid any uncomfortable situation, the chairs are only for men and not for women,” the poster reads.

The discriminatory nature of the poster has sparked anger among customers of the snack shop, even prompting clients to not return to the shop.

“When I saw the poster, I asked the owner to remove it. He told me that his poster was intended to ward off temptation,” Mehdi, a customer of the snack shop told the same source.

A video posted on YouTube allegedly shot by Mehdi shows a verbal confrontation between him and the owner of the shop regarding the wording on the poster. Mehdi said he argued with the owner of the shop for more than 20 minutes and taken the hidden footage as proof of the man’s statements.

According to Mehdi, his arguments with the man whom he described as a “long-bearded Salafist” were in vain, as he refused to remove the poster.

“It’s a public place. The owner of the snack is in total violation of the law and the constitution, which guarantees equality between the sexes,” Mehdi was quoted by Alyaoum24 as saying.

Mehdi is planning to file a formal claim against the “misogynist” man for violating the law, the same source said.