New York - A man was shot outside a police station in northern Paris on Thursday afternoon as he tried to enter a building armed with a meat grinder and an apparent explosives belt.The attacker was killed by police at the door of the police station in the 18th district of Paris, known as Montmartre, for aggression and attempted violent assault of law enforcement, according to a report by France24. 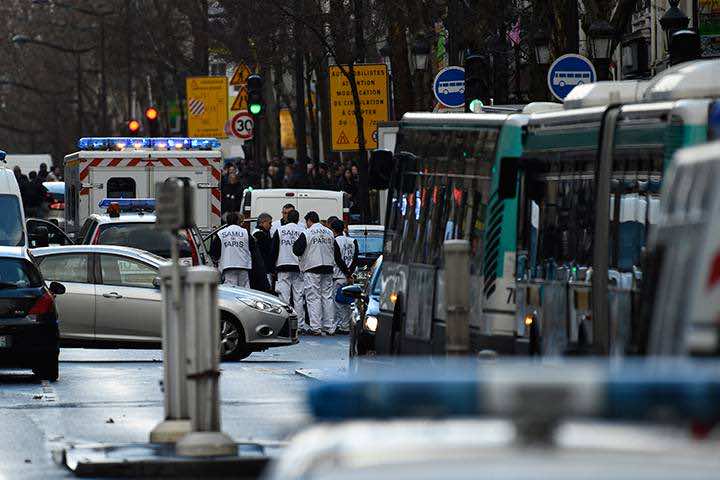 By
Karla Dieseldorff
-
Karla is an award-winning actress and producer.
Jan 7, 2016
Spread the love

New York – A man was shot outside a police station in northern Paris on Thursday afternoon as he tried to enter a building armed with a meat grinder and an apparent explosives belt.

The attacker was killed by police at the door of the police station in the 18th district of Paris, known as Montmartre, for aggression and attempted violent assault of law enforcement, according to a report by France24.

The suspect, whose identity remains unknown to the press, carried a paper bearing an “ISIS flag”, an “unequivocal” proof to the authorities who called anti-terrorism units to the scene.

According to the same source, the assailant was wearing a dark winter coat and blue jeans. He was armed with a meat grinder and an apparent explosives belt, which was later discovered to be “fake”.

An anti-terror demining robot searched the man’s dead body lying on the street. Under his coat a small pouch was found taped to his body from which came out a wire implying the existence of explosives.

However, the robot ensured the device did not contain any real explosives, the same source said citing a judicial authority.

According to eyewitness, Clovis Casali, who spoke to France24, the assailant shouted “Allah Akbar” before attempting to storm the police station. The information was confirmed by the Paris Prosecutor.

“At the moment, we do not know the identity of the individual, we do not know his record nor his motives, we must be extremely careful,” Pierre-Henry Brandet, spokesman for the Interior Ministry said.

“What is certain is that there was aggression or attempted violent assault of law enforcement by an individual who introduced himself to the police station with a meat grinder and that immediately, the police, who have shown great composure, neutralized the individual who wore a device suggesting that it could be an explosives vest, but has proven false,” Brandet confirmed.

Witnesses at the scene told their versions of the incident to AFP. Anna Polonyi who resides across the police station in Montmartre said, “My sister saw a man running towards the police station. There were two police officers outside. They shouted at him then fired.”

“We heard three shots. We went out on the sidewalk to see, and there, there was a man down,” Satah Smirani, a cook at the “A la Goutte d’Or” restaurant nearby said.

According to the same source, the area has been cordoned off by the authorities and the police station is still off limits to pedestrians.