Taroudant - Moroccan police intervened violently on Thursday to disperse a march organized by teacher trainees who took to the streets in several Moroccan cities to protest “unfair” government decrees. 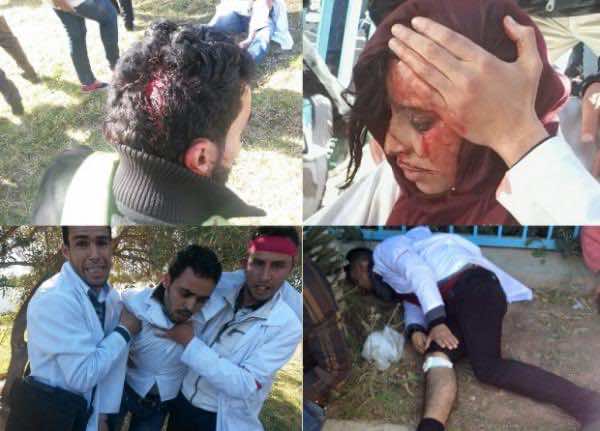 By
Larbi Arbaoui
-
Larbi is a freelance writer and assistant editor at Morocco World News.
Jan 7, 2016
Spread the love

Taroudant – Moroccan police intervened violently on Thursday to disperse a march organized by teacher trainees who took to the streets in several Moroccan cities to protest “unfair” government decrees.

Teacher trainees, who have been in a daily struggle since the beginning of the current school year, took to the streets in several regional centers of Morocco after the government refused to meet to their demands.

Police “used excessive force” to disperse teachers who were holding placards that read “no to the two decrees.”

Appalling photos of injured teacher trainees (both females and males) went viral on social media, with comments denouncing the “excessive force used by the police.” 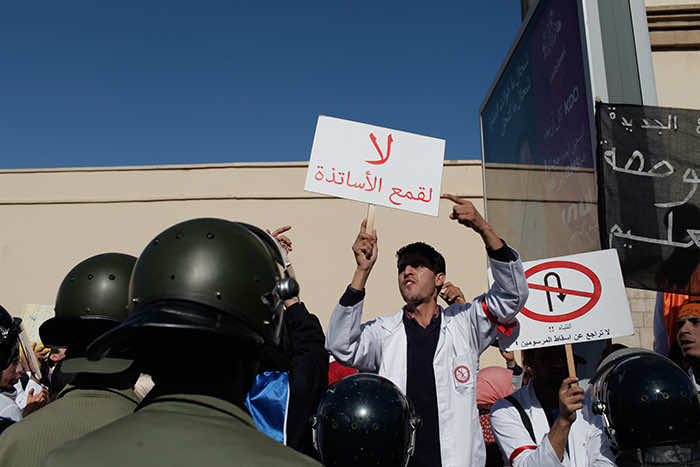 Between 800 and 2,000 teacher trainees gathered at the Maréchal square in Casablanca on Thursday, in response to the call of the National Commission for teacher trainees.

Several others sit-ins were organized in other Moroccan cities, such as Fez, Marrakech, Rabat, and Agadir. Teacher trainees in these cities were met with the same extreme violence from the police.

The first decree announced that teachers’ scholarships should be reduced from MAD 2000 to MAD 1200 per month. The second decree implied that the training would not allow the trainees to join the teaching profession. According to the same decree, teachers will have to sit for another qualifying exam. If they fail, trainees will only earn a diploma, which will not help them get a job as teachers in public sector.

Mustapha Ait Belkacem, a member of the National Commission for trainee teachers, told the same source that the government measures are “unfair,” especially after the would-be teachers gained “access to training centers following pre-selection (based on the students marks), a written and oral exam.”

“What will happen to the trainees who fail in the final exam? They will be pushed into unemployment or work in the private sector,” he added.

For teacher trainees, passing both written and oral examinations “qualifies them to become teachers and they deserve to be appointed in the public sector.”