Rabat - The Kingdom of Morocco strongly condemned the car bomb attack that targeted a police training center in the city of Zliten, causing casualties and injuries, and expressed solidarity with Libya. 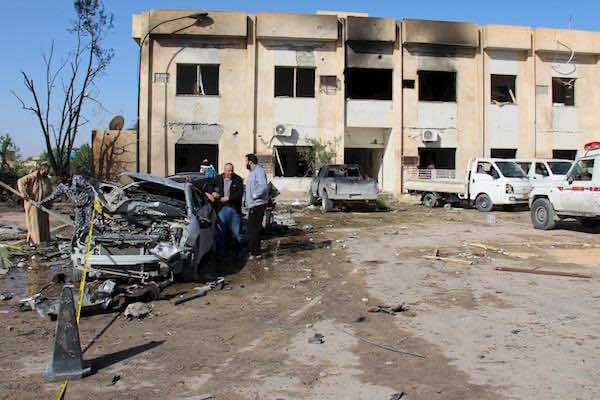 Rabat – The Kingdom of Morocco strongly condemned the car bomb attack that targeted a police training center in the city of Zliten, causing casualties and injuries, and expressed solidarity with Libya.

“Following the terrorist explosion which targeted, Thursday, a police training center in the city of Zliten in western Libya, causing casualties and injuries, the Kingdom of Morocco strongly condemns this criminal act and expresses its sincere condolences and sympathy to the families of the victims and wishes of speedy recovery to the injured,” the ministry of Foreign Affairs and Cooperation said in a statement Friday.

The Kingdom of Morocco expresses its solidarity with Libya, the ministry added, noting that this despicable criminal act aims to threaten the security and stability of the country and undermines all efforts to unify Libyans.

Morocco calls on all Libyan parties to overcome differences and place the country’s supreme interest above any other consideration in order to put an end to security anarchy that fuels extremism and terrorism in the country.

The delicate situation facing Libya requires a speedy implementation of the political agreement, signed in Skhirat on December 17, which will help achieving national reconciliation and eradicate the scourge of terrorism which threatens Libya’s sovereignty and territorial unity.