Rabat - Head of Morocco’s Domestic Intelligence Agency DGST Abdellatif Hammouchi has reportedly ordered an urgent and in-depth investigation on the “excessive use of force” against teacher trainees on Thursday after taking to the streets to peacefully pretest the government decrees. 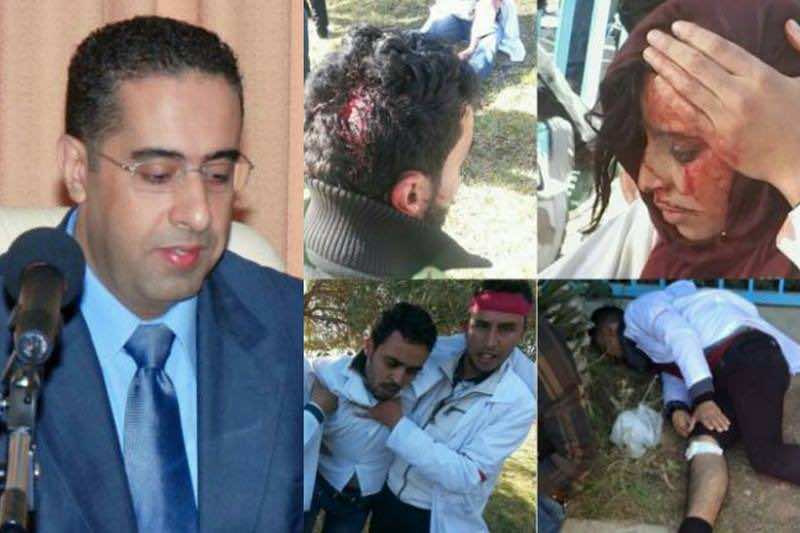 By
Larbi Arbaoui
-
Larbi is a freelance writer and assistant editor at Morocco World News.
Jan 9, 2016
Spread the love

Rabat – Head of Morocco’s Domestic Intelligence Agency DGST Abdellatif Hammouchi has reportedly ordered an urgent and in-depth investigation on the “excessive use of force” against teacher trainees on Thursday after taking to the streets to peacefully pretest the government decrees.

Hespress cited a security source saying that “Hammouchi personally follow the progress of this investigation procedures, in order to identify responsibilities in the case of registration of any bypass of the regular measures for the security intervention.”

The investigation comes in the wake of a wave of criticism and condemnation of the “violent intervention” of police to disperse peaceful sit-ins and marches of teacher trainees in several Moroccan cities on Thursday.

Moroccan human right activists and politicians added their voices to those of the social media users, denouncing the “excessive use of force” by the police.

The former Minister of Foreign Affairs Saad Eddine Othmani who is currently the chairman of the National Council of the ruling party Justice and Development (PJD), held the Government the full responsibility for the “excessive use of violence.”

El Othmani has reportedly said “I reject all kinds of violence. I condemn what happened to the teacher trainees, and call for an investigation into the incident.”

Videos and photos of the victims being beaten by police have been widely shared on social media, with comments denouncing the government’s refusal to open a dialogue with teachers and strive towards finding a solution to their demands.

The teacher trainees described the government’s decrees as “unfair,” and “unlawful” because the two decrees were published in the Official Bulletin of the Kingdom of Morocco on October 8, 2015, after they enrolled in the regional training centers.