New York - An event organized on Friday by a Muslim association in Vancouver to welcome Syrian refugees to the city, turned sour when a group of refugees was pepper sprayed by a stranger. 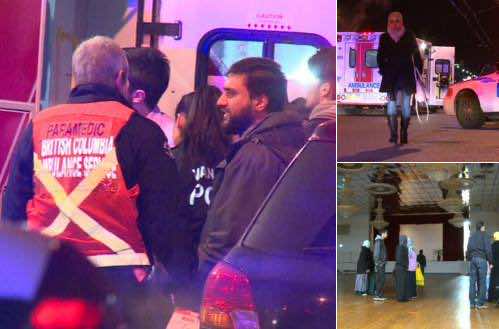 By
Karla Dieseldorff
-
Karla is an award-winning actress and producer.
Jan 9, 2016
Spread the love

New York – An event organized on Friday by a Muslim association in Vancouver to welcome Syrian refugees to the city, turned sour when a group of refugees was pepper sprayed by a stranger.

The Muslim Association of Canada Centre (MAC) and several members of the Muslim community were gathered to celebrate the arrival of asylum-seekers in the western Canadian city, according to HuffPost Canada.

Vancouver police revealed on Saturday that a group of refugees were outside the MAC Centre on Friday night when an unknown man on a bike passed by and pepper-sprayed the refugees, including women and children.

According to CBC reporter Rafferty Baker who took on to Twitter said “between 15 and 30 Syrian refugees” were injured at the end of the event, hit by pepper spray – an inflammatory agent that has the capacity to incapacitate the victim.

Following the attack, eyewitnesses said several of the victims were coughing and their eyes were burning from the chemical, which causes capillary inflammation of the eyes and skin.

“They were waiting for a bus outside the Muslim Association of Canada Centre on Kingsway. Some very young children,” Baker said.

Vancouver Police Sergeant Randy Finchman told the press “a number of people” were treated by paramedics and fire emergency personnel.

“The motive for the pepper spraying is unknown at this time,” Finchman said, adding that the attack is being charged as a hate-crime.

Although no official arrests have been made as of yet, police are searching for the suspect who was allegedly wearing a “white-hooded sweatshirt” at the time of the ride-by.

The MAC Vancouver Chapter, according to its Facebook page, invited residents to “welcome the new families and help them to connect to their new community.”

Candidate Mark took on to her Twitter account and wrote, “Home is where the heart is. For Syrian families it’s now Metro Vancouver. Welcome home @Muslim Association Canada.”

According to a trusted source cited by the HuffPost, no politicians were present when the attack occurred.

According to MAC Centre’s official website, there are an estimated 90,000 Muslims in the Greater Vancouver area, representing 2.4 percent of the region’s population.

The attack stirred uproar among social media users who condemned the attack and touched on Canada’s pro-tolerance vision.

“I am disgusted by what happened Friday night outside the MAC Centre. I really want the new Syrians to know that they are most welcome here. Canada really is the best country in the world – partly because we are usually so tolerant of all people and religions,” the user said.

The Canadian also addressed a message of support and hope to Syrian refugees arriving in the North American country.

“If I lived closer I would personally come to one of your events and express my feelings in person. I expect you will find most Canadians think like me. Please do not let one man’s action ruin the beginning of your new lives. Peace and happiness to you all!” he added.