Fez - Following the recent protests and marches organized by teacher trainees all over the country, the intensity of their massive demonstrations reached its height on Thursday when all Centres régionaux des Métiers de l'Education et de Formation (CRMEF) centers organized collective protests that gathered regionally and allowed them to have a larger number of participants. 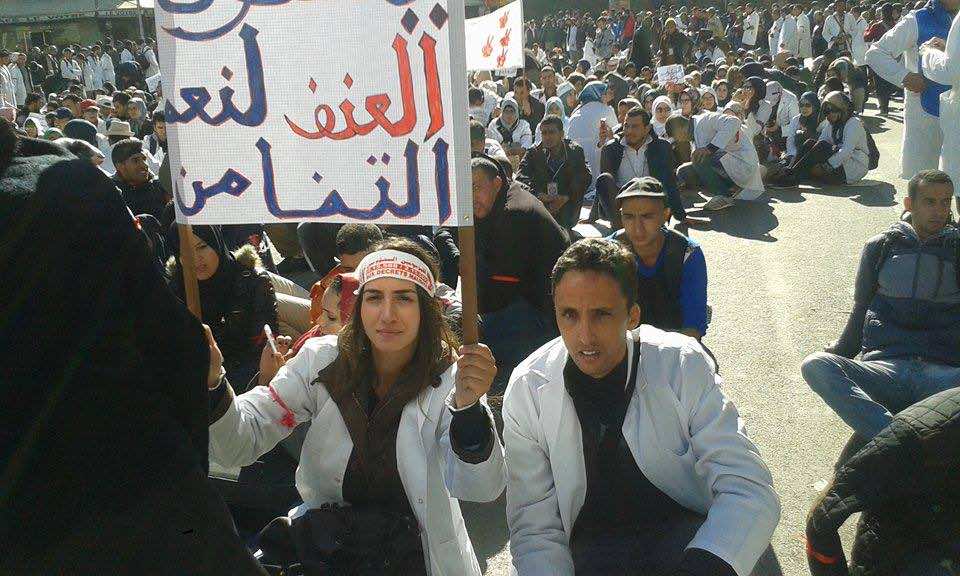 Fez – Following the recent protests and marches organized by teacher trainees all over the country, the intensity of their massive demonstrations reached its height on Thursday when all Centres régionaux des Métiers de l’Education et de Formation (CRMEF) centers organized collective protests that gathered regionally and allowed them to have a larger number of participants.

On January 7, teacher trainees took to the streets demanding the cancellation of the two infamous decrees, ending with many being beaten by police forces. This time, teacher trainees were not the only ones to partake in the protests; the National Unions of Students, families, and human rights organizations were also involved.

They were again very organized, but their gatherings were fiercely scattered by police forces at CRMEF centers in Inzgan, Casablanca, Fez, Tangier, and Marrakech. Large numbers of teacher trainees were injured and beaten by these forces. The National Commission of Teacher Trainees declared that the number of injured reached more than 286. It seems that the State is the one rioting in the streets against its own citizens and the PJD government was busy promulgating retirement laws that would slaughter employees.

According to Article 22 of the Moroccan Constitution, the police’s aggressive acts were illegal. The Constitution states that no one should threaten the mental or physical safety of any other citizen under any excuse or circumstance. Evidently enough, this chapter seems to have no consideration on part of the Moroccan government.

The irony in all this is that the (PJD) government is deaf toward these aggressive interventions. Where is Minister of Justice Mustapha Ramid and his law that bans any sort of illegal intervention against peaceful protests? Where is Prime Minister Benkirane to react to the beating of these civil citizens who only ask for their legitimate rights? And what does Mustapha El Khalfi, spokesman of the government, say about this? They were all unware, as usual, and said they are taking the ‘necessary measures’ only after some of their party members accused them of being responsible for these attacks and after many human rights associations and media outlets talked about the atrocity and cruelty of these interventions. 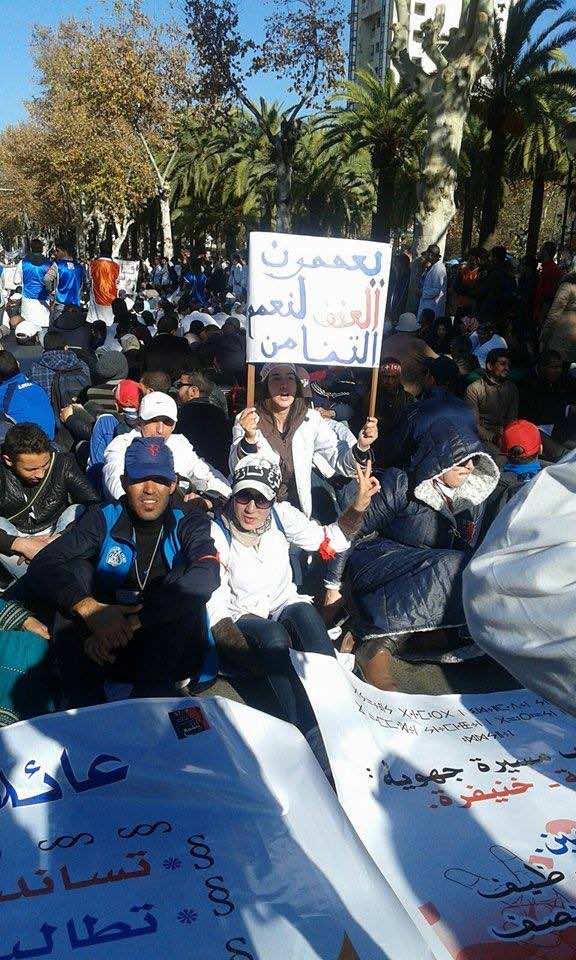 Mohamed Yatim and Saad Eddin Othmani, former PJD Secretary General, and Abdelaziz Aftati, a PJD MP, considered this aggression to be a “real crime”. They said all authorities involved in it should be held accountable for their actions. They also accused the Ministry of Interior for being responsible for these atrocious interventions. They called upon the Ministry of Justice to take the necessary measures to open an investigation. Independence Party MPs decided to hold a meeting to call on Minister of Interior Mohamed Hassad and the director of National Security, Abdellatif Hammouchi to provide them with explanations about what happened.

Mustapha El Khalfi, Minister of Communication and spokesman of the government, denied Thursday night any implication of the government in the violence and said that the government is very strict concerning its policies of security that “ban any kind of violent interventions.” El Khalfi stated that members of security forces will be tried to calm down the accusations and did not advance any clear statement on whether there will be serious investigations into this case or not.

What adds more insult to injury are the declarations of Minister Hassad, who stated that security forces did not beat the trainees and all videos showing police beatings during the protests “are fabricated.” Benkirane, who declared on the morning of January 9, that they are against violence said that “he who breaks the law should face the consequences.” That is to say he is in favor of what happened to trainees because, in his sense, they broke the law. Which law? The nonexistent law against protesting peacefully?

In both cases, we are facing a contained government that has lost its powers and acts unaware whenever atrocities take place. We are simply living the myth of democracy . This concept never failed since it has not yet been experienced. If the principles of the 2011 constitution were genuinely implemented, these aggressions would not have occurred at all.

Democracy, in the constitutional sense, is merely a concept that endlessly figures in the chapters of the Constitution but is never taken into any genuine consideration. Some justice should be done because what happened is entirely against the international principles of security and violates all the possible limits set for intervening in peaceful gatherings.