Morocco World News
Home Highlights on Morocco Benkirane Vows to Keep Controversial Decrees Even if This Causes Downfall of...

Rabat - Morocco’s Head of Government, Abdelilah Benkirane, reportedly swore before parliament members of his PJD party that he will not “repeal the government decrees,” regarding teacher trainees, even if they cause “the overthrow of the government.” 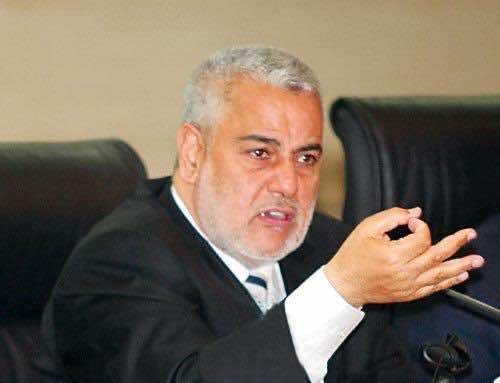 Rabat – Morocco’s Head of Government, Abdelilah Benkirane, reportedly swore before parliament members of his PJD party that he will not “repeal the government decrees,” regarding teacher trainees, even if they cause “the overthrow of the government.”

During his speech at the general session of the National Council of the Party of Justice and Development (PJD) held on January 9 and 10 in the Complex of Prince Moulay Rachid in Rabat, Benkirane was reported by Hespress as saying, “I swear to God that I will not repeal the decrees even if it leads to the overthrow of the government.”

According to the same source, Benkirane responded “provocatively” to the demands of teacher trainees, amid a wave of criticism and condemnation for the “violent intervention” of the police against teacher trainees in several Moroccan cities on Thursday.

The head of government also reportedly denied to have a shared responsibility in the “excessive violence” against teacher trainees.

“I am ready to sign my resignation if it is proven that I have a direct responsibility,” Benkirane said.

The peaceful march came after the government refused to meet the educators’ demands or open a “responsible” dialogue with them.

While several Moroccan human right activists, politicians and social media users denounced the “excessive use of force” by the police, the Head of Government did not provide an explanation to the use of violence against teacher trainees.

Head of Morocco’s Domestic Intelligence Agency DGST Abdellatif Hammouchi has reportedly ordered an urgent and in-depth investigation on the police intervention against the victims.