New York - If at any point in life your faith in humanity has crumbled after witnessing so much tragedy and injustice, watching this touching video will help restore it. 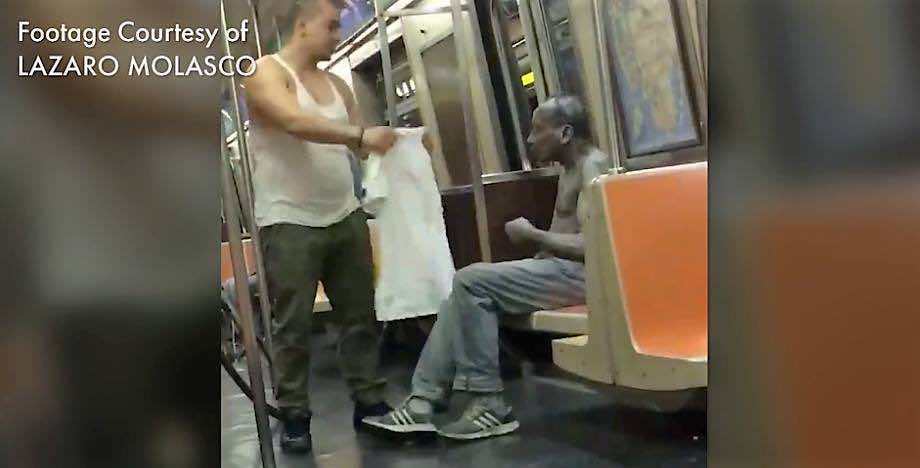 New York – If at any point in life your faith in humanity has crumbled after witnessing so much tragedy and injustice, watching this touching video will help restore it.

On Sunday, The New York Post published a short amateur video shot inside a New York subway car, in which the interaction between two men, unknown to each other, will warm your heart.

The 40-second video shot by Lazaro Molasco shows a man walking up to another man who appears to be suffering and shirtless.

The good samaritan rider notices him and proceeds to take the shirt off his back and hands it to the man in need.

Physically impossible to put the shirt on by himself, the good samaritan helps the shivering man with utmost care to properly dress him with it.

Further proving his generosity, the passenger goes back to his seat, grabs his black winter cap and puts in on the man’s head to keep him warm.

In less than a minute, the kindness and good heart of one human was met by the necessity and gratitude of another. Needless to say, the video has gone viral on social media networks.