Taroudante - On January 7, sociologist Beatrice Mabilon-Bonfils and historian François Durpaire published their book entitled "Fatima less rated than Marianne" where they highlighted stigmas against Muslim schoolchildren in France.After analyzing the image of Islam in 15 history schoolbooks from the first grade, second grade, and in high school, the researchers concluded that Islam is often associated with terrorism or strangeness. 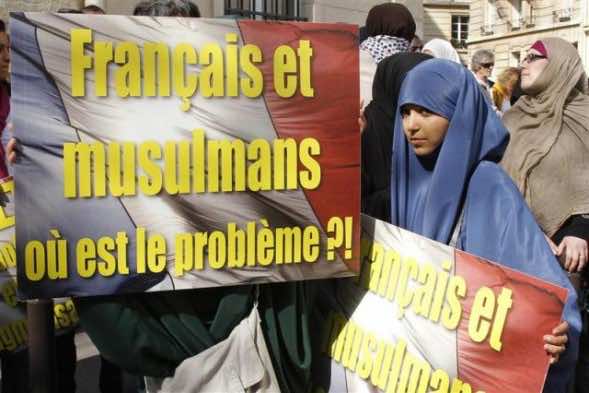 After analyzing the image of Islam in 15 history schoolbooks from the first grade, second grade, and in high school, the researchers concluded that Islam is often associated with terrorism or strangeness.

The two researchers pointed out in their book that the term Islam is often associated with the word “terrorist”, “Islamism”, “terrorism”, “September 11”, “bin Laden” and “Al Qaeda” in these schoolbooks .

They also noted that Islam is a religion being presented as “foreign to France.”

Durpaire wanted to emphasize the dangers of this standardized stigma.

“Such a representation of Islam can lead to fuel a phobia and to caricaturize this religion – Islam,” he said.

He added that the Islamophobia and caricature of Islam are already present in the French society.

The book also talks about the daily prejudices targeting Muslim students within the French school system.

After years of investigation, the authors of the book revealed that Muslim students tend to be punished more for the same behavior and graded lower for the same answers.

“Fatima is always less rated than Marianne for the same test, and Issam and Kader are punished more than Mathieu for the same misbehavior at school,” the book says.

The authors say the depiction of Islam creates resentment against Muslims in France.

“These resentments are fed and encouraged by students’ books, asking what image French youth will have regarding Islam today and tomorrow,” the book says.