Washington D.C. - Prince Harry will allegedly race across the Sahara next year by joining the Marathon des Sables. 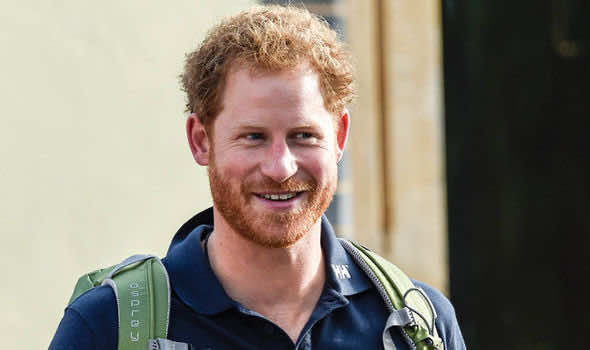 By
Iliana Hagenah
-
Iliana Hagenah is a journalist and student at George Washington University majoring in International Affairs and Music.
Jan 11, 2016
Spread the love

Washington D.C. – Prince Harry will allegedly race across the Sahara next year by joining the Marathon des Sables.

While the Palace spokesperson has not confirmed he has signed up for the foot race, his friends have told the Mail online he is planning on registering for the race next year.

According to the Marathon’s website, all confirmed places for 2017 have been taken. However, special requirements may be available for the Prince.

Prince Harry has been taking part in physically demanding treks, such as joining wounded servicemen and women on a trek across the South Pole in 2013 and another 1,000-mile trek with veterans across the United Kingdom this past year.

An insider told Mail Online: “Harry plans to register for the 2017 race. Victoria completed the race with veterans who had lost an arm and one conclusion they came to was that it would be almost impossible to complete with a veteran who has a leg or lower body injury.”

The Marathon des Sables in Morocco will consist of a 156-mile walk in 100 degrees Fahrenheit. It has been described as “the toughest footrace on Earth”.

If he makes arrangements to partake in the race, he will spend six days walking across the Sahara with only a few hours of sleep every night.

Harry’s friend Ben Fogle, who completed the race in 2004, told Daily Mail, “I am not worried about him because he is physically very fit and anything in the desert is a busman’s holiday for him – he has seen active service in the desert, after all.”