Washington D.C. - A few days ago, 25-year old Norwegian woman, Therese Ødegaard, announced she had found her Moroccan biological father through Facebook.Ødegaard was able to get in contact with her father by gathering information from Canadian charities, Safaa, and past coworkers of her father’s who provided her with information to help find him on Facebook. 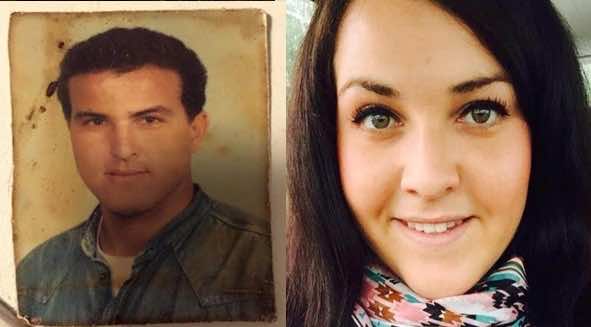 By
Iliana Hagenah
-
Iliana Hagenah is a journalist and student at George Washington University majoring in International Affairs and Music.
Jan 12, 2016
Spread the love

Ødegaard was able to get in contact with her father by gathering information from Canadian charities, Safaa, and past coworkers of her father’s who provided her with information to help find him on Facebook.

On January 1, she was beginning her search for her biological father with few facts about him.

Ødegaard told MWN that she knew his name, but was unsure of the spelling. She added that her parents met in Norway in 1989, when her father was probably was 25 years old. She had no further information on whether he was still alive.

“My mother and father met in Oslo. As we know he was on a vacation in Norway at that time (1989). Noreddine At that time might have been around 25 years old, he met my mother (Kathrine) in Oslo, they took the train together to Trondheim. After this, they met again and he was living with my mother in her apartment in Oslo. They split after a short relationship,” she said.

According to Ødegaard, her mother never informed her father that she was pregnant when their relationship ended in 1989.

“After they split, my mother found out she was pregnant, but he never got informed,” she told Morocco World News.

With the help of charities and organizations in Canada, a Moroccan named Mehdi Mehdioui found out about the case through a friend and able to help  Ødegaard get in contact with an ex colleague of her father’s who lives in Canada.

The former colleague reportedly saw her uncle in a chance encounter in Rabat when visiting Morocco in 2013.

She then contacted her uncle, who informed Ødegaard that her father, who she confirmed to be Noreddine Boulamfa, was living in Tunisia.

Ødegaard was then able to find her father on Facebook and arranged a Skype meeting with him. She found out he is now married to a Tunisian woman and has kids.

“I am glad to announce everyone that I managed to put The Norwegian girl Therese who was looking for her father she never met with her Moroccan father Noreddine who is happily married and lives in Tunisia now,” Mehdi Mehdioui, the person who helped Therese find her father, told MWN via email.

“My special thanks to everyone who contributed directly in this research. From Norway to Canada, From Morocco to Tunisia and elsewhere in the world. Therese was crying, shaking, but jubilating with joy. She spoke to her father on skype and feels like a little angel now,” he added.