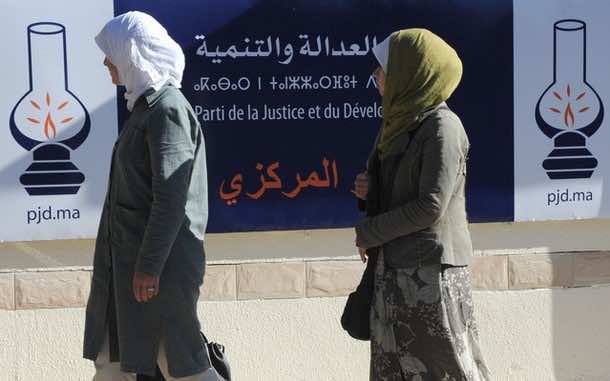 Rabat – Political marketing in Morocco may be considered by some as an illusion and by others as non-fit to the electoral context of Morocco; it has an electoral or propaganda aspect. Some political parties resort to marketing labeled with religious discourse or populist practices or submission to elected elite. It is a tactical political marketing and not a strategic one, not resulting from an ideology but rather submitting to what the interest and the context entail. For this reason, some political parties resort to practices that target the heart, mind or desires of citizens.

The PJD endeavors to create political practices that differ from its counterparts in the field of political marketing. Nevertheless, this remains limited. It markets itself all over the year. Candidates market their profiles for years through solidarity activities.

The PJD was keen to adopt Moroccan political marketing and not the international one. It markets itself up close and at a distance. In spite of its being at the head of the government, the PJD remains isolated from the other parties. The PJD leaders manage the party through implementing political communication tools framed by an outright market oriented strategy. The party gauges its achievement through analyzing and researching to detect its strength and weaknesses. The party’s political marketing strategy targets citizens; that’s why the program endeavors to respond to citizens’ expectations. They assess the outcome of this program, detect its deficiencies and they check what was really realized and what was not attained.

The PJD acclimatizes with a changing environment, namely the political market place; it changes its political communication to achieve its long term objectives. The moot point in PJD’s strength is its development of its communication electronic fleet. Its members focus a great deal on NTIC to communicate with voters (communication marketing). Besides the PJD’s electronic website, to “market” its practices, the PJD relies on   direct communication with citizens by the means of constituencies’ communication offices and the PJD’s parliamentary team office and through the parliamentary group website.

Concerning the opposition research, the PJD stresses on the importance of the opposition because it opposes the performances of the government and of the presidents of the constituencies. These performances are analyzed and commented upon in an objective way. The positive aspects are acknowledged and the negative ones are to ponder on to be amended.

The party of Justice and Development adopts other marketing tools such as segmentation and market research so as to assess its weaknesses and strengths and set programs accordingly. They target, identify, study and analyze constituencies to provide citizens with sufficient data and gauge their degree of satisfaction.

Political marketing implementation in the party’s practices is badly needed to market its activities. It deploys efforts to have the abilities to catch up with established democracies performance:

Political marketing in the PJD is developing even if it has not yet achieved the expected target. The PJD is aware of this deficiency. In practice, it managed a little bit to adopt political marketing in different layers targeted by the party’s discourse and publicity. It took into account the urban citizens where levels of literacy are high. It targeted also youths through media channels, websites, Facebook, electronic radio pjd.FM, pjd TV etc…

The party of Justice and Development, aware of the importance of this process, targets to develop its communication potential to fathom citizens’ needs so as to meet their expectations through marketing public matters management, orienting the general environment and handling the party’s internal management.

Political Marketing in Morocco is different from the American and British model. In fact, all components of the coalition government are struggling to market gubernatorial achievements from a partisan standpoint and not as a product of the coalition.

There are efforts on the part of the PJD to practice and realize the concept of political marketing but it remains an electoral Marketing that focuses on the personalities of the leaders to market their practices for the benefit of the party via adopting interactive techniques and methods of communication.

The Charismatic PJD leader is one of those who master the metaphorical language through employing free terms that are adequate for all times and places, like “crocodiles?“and “fairies?“.

For the PJD, the aim of implementing marketing is to inform citizens about what it has achieved and about the offer promised for the future. The party has not mapped out any framework to market itself. But there is an advertising strategic plan.

They market their product as it is. Concerning embellishing and trimming, the PJD does not care about a seducing packaging for its product. The shortage of political marketing implementation represents an impediment for the party to exhibit its achievements. The party has distorted conceptions about political marketing orientation that need a tweak.