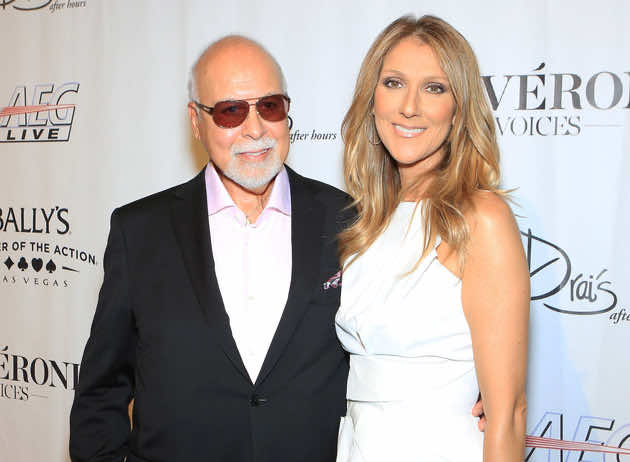 By
Karla Dieseldorff
-
Karla is an award-winning actress and producer.
Jan 14, 2016
Spread the love

“René Angélil, 73, passed away this morning at his home in Las Vegas after a long and courageous battle against cancer,” Celine’s rep confirmed the sad news to the Huffington Post via email.

“The family requests that their privacy be respected at the moment; more details will be provided at a later time,” the statement added.

The message has been shared over 19,000 times and nearly 15,000 comments of condolences and support have been left for Celine and her family.

Music mogul René Angélil and Celine Dion met in 1980 when the singer was 12 years old. They married 14 years later, in December 1994, in a legendary royal-like wedding, despite their big age difference.

According to the same source, Celine and René have three sons; René-Charles born in 2001 and fraternal twins Eddy and Nelson, born in 2010.

Dion is Angélil’s third wife. He had two other sons, Jean Pierre and Patrick, and a daughter named Anne Marie, from his two previous marriages.

Angélil was born January 16, 1942 in Montréal. He underwent 38 rounds of chemotherapy and radiation in his fight against cancer in 1999, after having been diagnosed with cancer three times, the same source noted.

Although it was reported doctors told René he was finally cancer-free, he had a tumor removed from his throat in 2014, a surgery from which he never fully recovered.

The French-Canadian celebrity revealed with tears in her eyes that René could no longer talk or swallow.

“He can’t eat so I feed him,” she said, adding “He’s got a feeding tube. I have to feed him three times a day.”

Knowing his terminal condition was ending his life, René and Celine discussed a plan for his final days. She shared the touching moment last August to USA Today.

“I’ll say, ‘You’re scared? I understand. Talk to me about it,'” she would ask her husband.

Celine has always said how grateful she is to René and spoken openly about her endless love for him.