Rabat - Paraguay's president Horacio Cartes reiterated his country's will to build a strong partnership with Morocco. 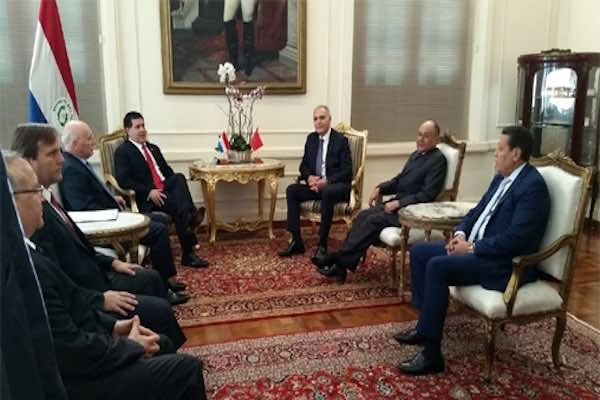 Rabat – Paraguay’s president Horacio Cartes reiterated his country’s will to build a strong partnership with Morocco.

In a statement to the press following his talks with Minister of Foreign Affairs and Cooperation, Salaheddine Mezouar, the head of the Paraguayan State said he is in favor of the implementation of open and dynamic relations that can be set as an example for developing and emerging countries.

To do this, Cartes reiterated his desire to see the economic and business momentum intensified between the two countries, capitalizing on the assets that both countries can offer for each other.

The Paraguayan head of State also expressed to King Mohammed VI the gratitude of the Paraguayan people and government for the “highly valued” gesture of solidarity with Paraguay during difficult times.