New York - On a flight back from a trip home to Mexico, I warily opened an old copy of Newsweek en Español I had found in my aunt's house in Chihuahua. The picture of a Muslim woman in hijab graced its cover and the feature story was titled "The Muslim World In Mexico: Islam is the Religion that Gains Most Followers in the World and Our Country Joins this Tendency." I was not sure what to expect. 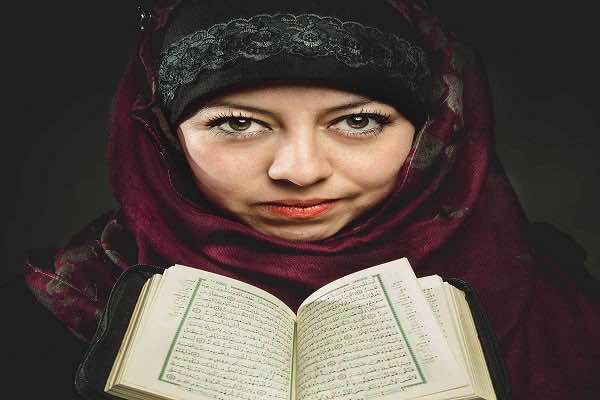 By
Paola Garcia
-
Paola Garcia is a writer and translator from Chihuahua, Mexico.
Jan 15, 2016
Spread the love

New York – On a flight back from a trip home to Mexico, I warily opened an old copy of Newsweek en Español I had found in my aunt’s house in Chihuahua. The picture of a Muslim woman in hijab graced its cover and the feature story was titled “The Muslim World In Mexico: Islam is the Religion that Gains Most Followers in the World and Our Country Joins this Tendency.” I was not sure what to expect.

I was happily surprised by an article that explained Islam quite well and even happier to learn about the growing number of Muslims in Mexico. According to the National Institute of Statistics and Geography of Mexico, as of 2010, there were 3,760 Muslims in Mexico, most of them living in Mexico City. However, these estimates vary widely. For instance, the Washington-based Pew Forum on Religion and Public Life estimated there were approximately 111,000 Mexican Muslims in 2010 and projects a population of 126,000 Mexican Muslims by 2030.

Although they are a very small minority, the figure is growing and Islam is establishing a presence in what is a strongly Catholic country. This is consistent with the global trend: Globally, Islam is the fastest growing religion with a projected 73% growth in the number of Muslims worldwide from 2010 to 2050.

Aside from statistics about Muslims in different parts of the globe, the Newsweek en Español article describes the basic tenets of Islam and defines Islam as “the submission by human beings to the will of God.” It also includes a brief historical narrative of the birth of Islam, Prophet Muhammad and the Quran.  The author, Rodrigo Perez Rembao, clarifies that Islam is not limited to the religious and spiritual facets of a person, but includes the political and social realms as well and, besides being a religion, it is also a legislative system, a code of honor and a way of life.

Perez Rembao addresses the ongoing violence in Muslim-majority countries, as well as the acts of terrorism perpetrated in the name of Islam, asserting these contribute to the worrisome rise of Islamophobia. Citing Janine Rodiles, a Mexican Muslim writer and psychologist, Perez Rembao explains that trying to make sense of Islam from these acts of violence and terror would be like “saying that the [Holy] Inquisition is Christianity; and perhaps it was part of it, but nobody can say that [the Inquisition] represents the teachings of Jesus Christ…but exactly the opposite.”

Realizing the futility of attempting to explain such complex issues, the article moves on to something more enlightening and interesting: the profiles of 8 Mexican Muslims who briefly describe how they came into Islam, the impact it has had on their lives and how they view fundamentalist movements such as ISIS.

I left Mexico 18 years ago and while I intensely love my country and its wonderful people, this was the first time I felt a strong spiritual bond with my compatriots. I deeply relate to their life stories and journeys. I was also pleased to learn that these Mexican Muslims are highly educated people whose lives became better because of Islam. Their understanding of Islam appears to have great depth.

These are some of the remarkable people featured:

Lorena Ochoa: A 30-year old litigation attorney who is presently studying Hispanic Languages and Literature. She was 16 years old when September 11 happened. Before accepting the media’s claims that Muslims at large were responsible for the attacks, she decided to investigate the religion. Lorena’s research increased her interest in Islam and, years later, when she attended a conference on Egyptian culture, she had the chance to meet the speakers. Up to that point, she had not considered becoming Muslim. However, the more she learned, the more she realized that in Islam she found answers to questions that had remained unanswered her entire life. Although Lorena lost some friends when she accepted Islam, she considers it has made her more humble and more human. She used to live in the moment, never thinking about God, and now, from the moment she wakes up until she goes to sleep, most of her thoughts are directed towards Allah.

Aaron Perez: He became Muslim six years ago after several conversations with Lebanese friends about Islam, Arabic culture and spirituality. Aaron is originally from Mexico City and is 24 years old. He is a civil engineer who works in a private corporation. He is also involved in different projects to spread Islam. In 2012, he founded an organization called Muslim Youth of Mexico (Juventud Musulmana de Mexico) with the objective of creating wholesome learning and community spaces for youth. He is also a member of Salam Mexico, an association that provides information about Islam to anyone interested. His mom was originally upset about his decision, but with the passage of time, she accepted it because she realized it wasn’t a temporary phase and recognized this change was producing favorable results for Aaron. His goals are to run his own business and to visit Mecca and other cities in the Middle East.

Ximena Hernandez: “The Islamic state is the result of a misinterpretation of jihad, which for Muslims means ‘effort’ to follow the straight path of Allah. This effort means to defend your beliefs and behave correctly, but those who have misinterpreted the Quran fall into a circle of lack of information, disinterest in Quranic study and a complete distortion of their behavior. Many young people who join ISIS do so out of ignorance.” Ximena is a 29-year-old law student who had been searching for over a decade for a spiritual community that resonated with her. Although her family is Catholic, she felt inclined to learn about Islam. This is how she met Ahmadullah Abdul Shokur, a born Muslim from Afghanistan who gradually explained Islam to her. Years later, Ximena took her shahada during a trip to India, where she also met her husband to be. In stark contrast to her inner state when she was younger, today Ximena feels fulfilled, renewed spiritually and very proud to be able to say “I am a Muslim.”

Angel Molina: “The Islamic State is a product of the interventionist policies in the region and the dissemination of the poorest way to understand Islam, backed by the monarchies of the Arabian Peninsula…” Angel is originally from Argentina. He moved to Mexico City to study a master’s degree and planned to remain in Mexico for two years only. However, he fell in love with the country and its way of life and decided to stay. For several years, Angel has focused primarily on studying different religions, particularly the philosophies behind each of them. This is how he came to Islam, while still a teenager living in his parents’ home. At 17, he felt that the Shia principles of Islam were the best fit for him to grow spiritually. He states that one of the aspects that attracted him to Islam is its emphasis on thinking and not losing one’s critical capacity, the importance of not accepting Islamic teachings without questioning them. That is, not accepting dogma or tenets of faith blindly, but doing so only after undergoing an in-depth analysis that results in rational conviction. Angel is now 38 years old and a political scientist who also teaches Arabic. He is studying another master’s degree in the Philosophy of Ethics, remotely, from an Iranian university.

*This article is based on the story written by Rodrigo Pérez Rembrao, June 26, 2015, titled “El Mundo Musulmán en México” for Newsweek en Español (Print). pp. 16-24. The electronic version can be found at: http://nwnoticias.com/#!/noticias/el-mundo-musulman-en-mexico