Rabat - Morocco has condemned "in the strongest" terms the deadly terrorist attack in Ouagadougou and expressed solidarity with the Burkina Faso’s government and its people, according to a statement released by the Ministry of Foreign Affairs and cooperation. 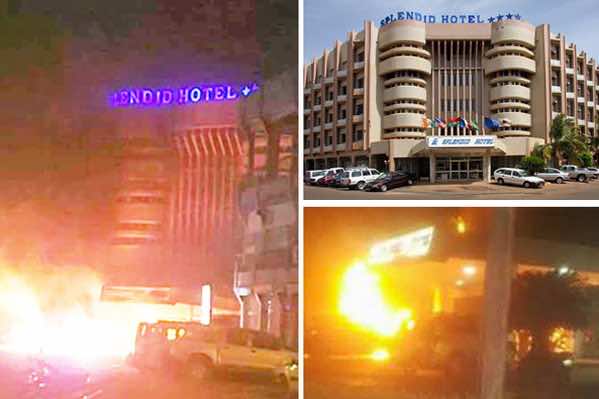 Rabat – Morocco has condemned “in the strongest” terms the deadly terrorist attack in Ouagadougou and expressed solidarity with the Burkina Faso’s government and its people, according to a statement released by the Ministry of Foreign Affairs and cooperation.

Twenty-seven people were killed in the Al Qaeda-linked terrorist attack that targeted Hotel Splendid in Ouagadougou, Burkina Faso’s capital. Thirty-three people were injured in the attack, including Moroccan photographer, Leila Alaoui, who was having dinner at the time of the attack.

French and Burkinabe security forces have successfully freed more than 126 people who were inside the luxury hotel when the terrorists launched their assault.

Survivors told the media that they “played dead” to avoid being shot by the terrorists, who were opening fire indiscriminately.

An Eyewitness described horrifying scenes they witnessed during the attack.

“It was horrible. People were lying on the ground and there was blood everywhere. They were shooting people at point blank range,” Yannick Sawadogo, who was inside the hotel when the attack occurred, told AFP news agency.

“We heard them talking and they were walking around the people and shooting those who were not dead. And when they left they set the place on fire. Then we escaped through the shattered windows.”