Taroudant - A controversial initiative has gone viral on Twitter under the hashtag #Alerte7mar (“Alert donkey” in Moroccan Arabic), calling upon social media users to post photos of cars parked in inappropriate spots. 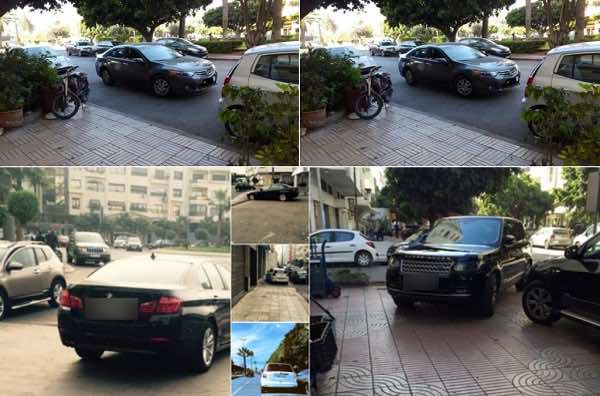 By
Larbi Arbaoui
-
Larbi is a freelance writer and assistant editor at Morocco World News.
Jan 17, 2016
Spread the love

Taroudant – A controversial initiative has gone viral on Twitter under the hashtag #Alerte7mar (“Alert donkey” in Moroccan Arabic), calling upon social media users to post photos of cars parked in inappropriate spots.

Although its hashtag may seem offensive to some because of the rude connotation of the word “donkey,” the initiative aims to raise awareness about the good practices of using the road and parking spaces.

The initiative urges people to post photos of badly parked cars on social networks to encourage their owners to stop parking illegally.

Social media users have responded to the call, posting pictures  of hundreds of badly parked cars, including cars occupying pedestrian pavements or even public squares.

The organizers of the initiative warned the owners of cars that don’t respect the rules of the road and good parking practices to find their cars on social media network websites with derogatory statements.

Social media users have intentionally posted the photos of badly parked cars without blurring their license plates in order “to reprimand the owners,” and embarrass them so that they “respect the law.”

The organizers said that the hashtag is not a call for citizens to “substitute themselves for law enforcement authorities,” but an initiative to raise awareness of the bad practices of some drivers.

While it may be successful in deterring drivers from parking their cars illegally or inappropriately for fear of being exposed on social networks, the initiative could also push the government toward better enforcement of parking regulations.

Some users have responded ironically by publishing a video of a real donkey in the desert that respects the rules of the road.