New York - Nour Kamar, a Tunisian girl with a larger-than-life voice captured the jury of the Voice Kids Arabia on Saturday. 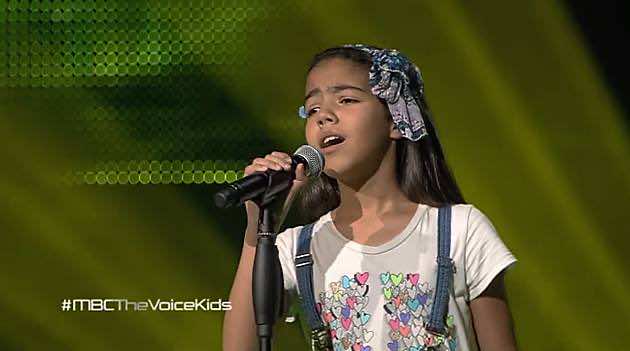 New York – Nour Kamar, a Tunisian girl with a larger-than-life voice captured the jury of the Voice Kids Arabia on Saturday.

The judges were rapidly impressed by her voice from the very first note as two of them immediately hit their red buttons to turn their chairs around and face Kamar.

Her pitch-perfect performance well beyond her years left everyone in awe, including the Tunisian girl’s mother and sisters who were watching backstage.

The YouTube video of her performance has gone viral on social media networks receiving praise from the thousands who have enjoyed the girl’s powerful voice.

Little Nour’s tonality, modulation, the quality of her pitch, the intensity of her emotion, and her openly sweet personality seduced the jury who wanted Kamar to pick one over the other to coach her during the show.

The Tunisian sensation stayed loyal and ended up choosing judge Hosny, the first one to believe in her as he hit his red button the moment she began singing.

For the first time in the Middle East, the Voice Kids Arabia, is showcasing child singers aged 7-14, from all Arab countries.